Today we are revealing the covers for the newest additions to Rhiannon Hart’s Lharmell series (one of my all-time favorites, BTDubs)!!! *squee!* 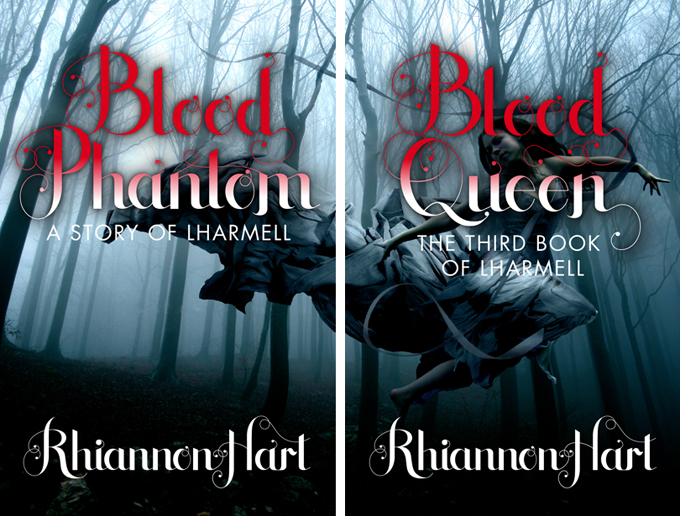 How great are these covers?  Darkly ethereal with a healthy  dose of creepiness, they fit the tone of the series very well.  And I love how the one blends right into the other.  (And just to clarify, Blood Phantom is a prequel story to the series, and Blood Queen is the third book in the series!) 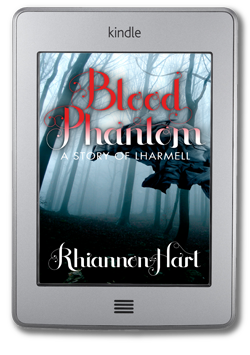 Life in tatters and far from home, Rodden Lothskorn struggles to cope with the harming menace and his own harming nature. When an offer of marriage reaches his friend, Prince Amis, Rodden discovers that the bride’s inhospitable homeland might contain one part of the harming poison he would dearly like to get his hands on. But if summoned northwards, will Princess Lilith bring something – or someone – he dreads most with her? Locked in a years-long struggle with the Lharmellins, Rodden senses the battle is only now about to begin.

Blood Phantom is a short story of Lharmell and a prequel to Blood Song. 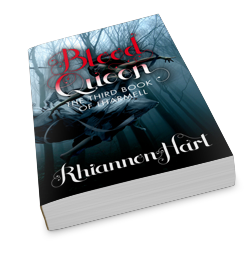 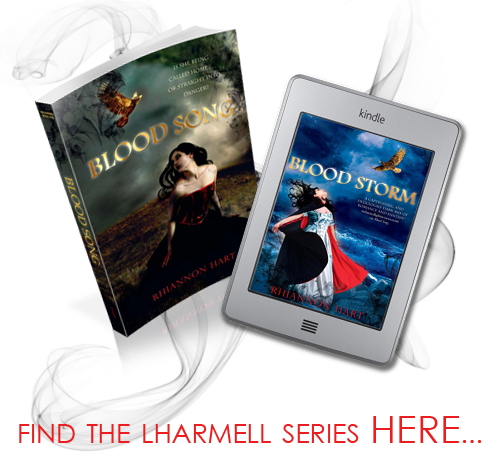 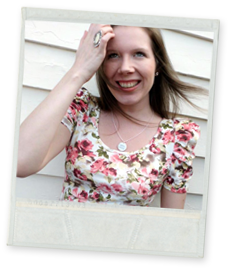 Rhiannon Hart remembers writing before she could read, puzzling over the strange squiggles in Jeremiah and the Dark Woods by Janet and Alan Ahlberg and putting her own words in their places. Her first love was Jareth the Goblin King at the tender age of eight. She wrote fan fiction in high school but she’d never admit to it out loud, so don’t ask. When she’s not reading or writing she is belly dancing, chasing after other people’s cats, or putting the pedal to the floor at her sewing machine. She grew up in north-western Australia and currently resides in Melbourne, where she works in marketing. Rhiannon has been published in the Australian Book Review, Magpies and Viewpoint and blogs at rhiannon-hart.blogspot.com.