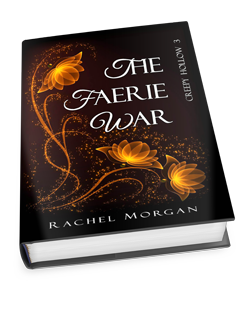 The fate of the fae world is in her hands …

Violet Fairdale is in big trouble. Her home is gone, her beloved forest lies in ruins, the guy she gave her heart to has deserted her—and she doesn’t remember any of it. The powerful Lord Draven is taking over, brainwashing guardians into fighting for him. No one is safe from the evil spreading throughout the fae world.

As alliances are forged between the remaining free fae, Vi struggles to reclaim her identity and figure out where she belongs in this new world. When someone from her past shows up, life gets even more complicated. He brings with him a long-forgotten weapon and an ancient prophecy that places Vi at the center of the fight against Draven. With the future of the fae world at stake, can Vi carry out the prophecy’s instructions before it’s too late?

~40%, The Faerie War by Rachel Morgan 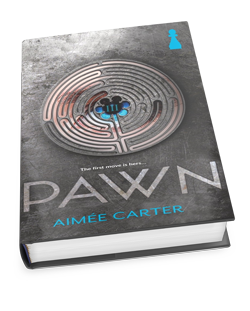 YOU CAN BE A VII. IF YOU GIVE UP EVERYTHING.

For Kitty Doe, it seems like an easy choice. She can either spend her life as a III in misery, looked down upon by the higher ranks and forced to leave the people she loves, or she can become a VII and join the most powerful family in the country.

If she says yes, Kitty will be Masked—surgically transformed into Lila Hart, the Prime Minister’s niece, who died under mysterious circumstances. As a member of the Hart family, she will be famous. She will be adored. And for the first time, she will matter.

There’s only one catch. She must also stop the rebellion that Lila secretly fostered, the same one that got her killed and one Kitty believes in. Faced with threats, conspiracies and a life that’s not her own, she must decide which path to choose—and learn how to become more than a pawn in a twisted game she’s only beginning to understand.

“Doesn’t matter,” he murmured, running his fingers through my hair.  “I would know something was missing.  I would know my life was pointless, even if I never understood why.  Even if we’d never met, even if you never existed, I would still love you beyond all reason for the rest of my life.”