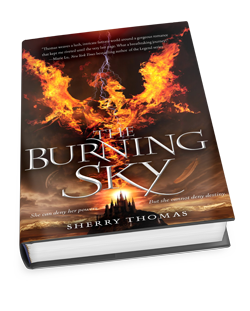 Iolanthe Seabourne is the greatest elemental mage of her generation—or so she’s being told. The one prophesied for years to be the savior of The Realm. It is her duty and destiny to face and defeat the Bane, the greatest mage tyrant the world has ever known. A suicide task for anyone let alone a sixteen-year-old girl with no training, facing a prophecy that foretells a fiery clash to the death.

Prince Titus of Elberon has sworn to protect Iolanthe at all costs but he’s also a powerful mage committed to obliterating the Bane to avenge the death of his family—even if he must sacrifice both Iolanthe and himself to achieve his goal.

But Titus makes the terrifying mistake of falling in love with the girl who should have been only a means to an end. Now, with the servants of the Bane closing in, he must choose between his mission and her life.

And everything would only become more difficult.

This was why he wanted her to love him, because love was the only force that could compel him onto this path— and hold him to it. 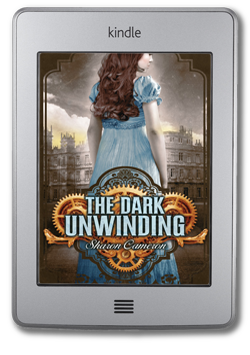 When Katharine Tulman’s inheritance is called into question by the rumor that her eccentric uncle is squandering away the family fortune, she is sent to his estate to have him committed to an asylum. But instead of a lunatic, Katharine discovers a genius inventor with his own set of rules, who employs a village of nine hundred people rescued from the workhouses of London.

Katharine is now torn between protecting her own inheritance and preserving the peculiar community she grows to care for deeply. And her choices are made even more complicated by a handsome apprentice, a secretive student, and fears for her own sanity.

As the mysteries of the estate begin to unravel, it is clear that not only is her uncle’s world at stake, but also the state of England as Katharine knows it.

“Untie it,” he said.  I shook my head, but he slipped the knotted end over my fingers and unwound the ribbon of cloth, my stomach growing sicker as each fold fell away.  The ugly marks in a half oval.  He turned my hand over and gazed at the corresponding set.  “You did that yourself, didn’t you?

~48%, The Dark Unwinding by Sharon Cameron