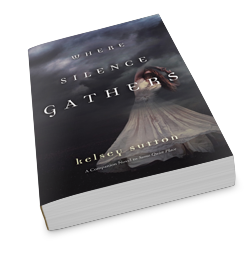 In this companion novel to the critically acclaimed Some Quiet Place, Alex must choose between Revenge and Forgiveness.

Seventeen-year-old Alexandra Tate sits outside Nate Foster’s house, clutching a gun. After serving ten years for the drunk driving accident that killed Alex’s family, Nate has been released from prison. Every night, Alex waits out of sight, building up the courage to exact her own justice. There’s just one problem: Forgiveness.

Alex has been able to see personified Emotions for as long as she can remember, and Revenge is her best friend. But when Forgiveness suddenly appears, he offers Alex a choice—getting even or moving on. It’s impossible to decide when Revenge whispers in one ear . . . and Forgiveness whispers in the other.

Some Quiet Place was just such an inventive concept.  Emotions battling it out internally can create an absolutely monumental conflict, but those emotions personified??? And Alex having to choose between Revenge vs. Forgiveness sounds fantastic.  I CAN’T WAIT! 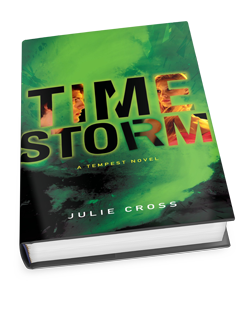 The battle between the Tempest Division and Eyewall comes to a shocking conclusion in this final installment of the Tempest trilogy, where the need for survival stretches the boundaries of history, both past and future, and the world Jackson Meyer once knew is a place forever marked by the detrimental effects of time travel.

As Jackson recovers from his brush with death, he’s surrounded not only by the people he loves most—his dad, Courtney, and Holly—he’s also among a few of the original time travelers. As he learns more about their lives and how this world began, it becomes apparent that they need to put a stop to Thomas and Dr. Ludwig’s experimenting at Eyewall Headquarters. What starts out as an escape plan becomes a war between time and humanity, between free will and peace. It’s the battle Jackson was born to fight and he’s not about to back down. Not for anything. Not for anyone.

So many series are closing out their final installments in the next few months!  After the “Fringe-esque” ending we got in Vortex, I am so excited to see what happens in Timestorm.