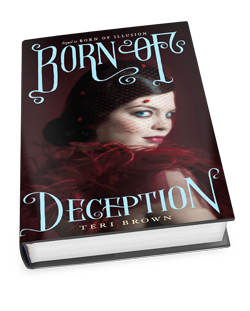 Budding illusionist Anna Van Housen is on top of the world: after scoring a spot on a prestigious European vaudeville tour, she has moved to London to chase her dream and to join an underground society for people like her with psychic abilities. Along with her handsome beau, Cole Archer, Anna is prepared to take the city by storm.

But when Anna arrives in London, she finds the group in turmoil. Sensitives are disappearing and, without a suspect, the group’s members are turning on one another. Could the kidnapper be someone within the society itself—or has the nefarious Dr. Boyle followed them to London?

As Cole and Anna begin to unravel the case and secrets about the society are revealed, they find themselves at odds, their plans for romance in London having vanished. Her life in danger and her relationship fizzling, can Anna find a way to track down the killer before he makes her his next victim—or will she have to pay the ultimate price for her powers? 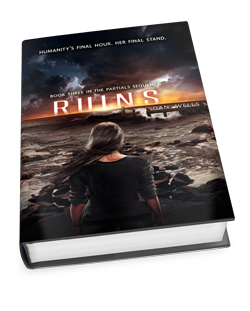 Kira, Samm, and Marcus fight to prevent a final war between Partials and humans in the gripping final installment of the blockbuster Partials Sequence.

Our time is almost up.

As the clock ticks closer and closer to the final Partial expiration date, humans and Partials stand on the brink of war. Caught in the middle, thousands of miles apart, are Samm and Kira: Samm, who is trapped on the far side of the continent beyond the vast toxic wasteland of the American Midwest; and Kira, now in the hands of Dr. Morgan, who is hell-bent on saving what’s left of the Partials, even if she has to destroy Kira to do it.

The only hope lies in the hands of the scattered people of both races who seek a way to prevent the rapidly escalating conflict. But in their midst appears a mysterious figure, neither human nor Partial, with solemn warnings of the new apocalypse-one that none of them may be able to avert.

The last book in the Partials Sequence is a thrill ride of epic proportions, as the last remnants of life on our planet fight to determine its final fate.

I am totally in love this series.  It’s complex and wonderful and epic and everything I love in books!  So excited to see how this series ends!