*This review is of the third book in a series, and therefore, there might be mild spoilers ahead*

We’ve now reached the part of our story in which the tide begins to turn — in which our prejudicial heroine starts to have her assumptions regarding a certain prideful gentleman challenged.  Since finding herself the recipient of the (insufferable) Michael Endicott’s help in extracting her from a potentially compromising situation with another gentleman who possessed not-so-gentlemanly intentions, Georgia is discovering there’s a lot she doesn’t know about her (infuriating) biology partner, and that perhaps some of her presuppositions and snap judgments may have been hasty and unfair.  Also disconcerting, Georgia finds that she’s increasingly intrigued by Michael, and more confused by him than ever.  Especially when he reveals that he’s interested in her, albeit very, very badly.

On top of the Michael drama, Georgia must handle some internal drama that’s going on in the Barrett household, finds herself compelled to attend a historical homes tour by her persistent mother (Guess whose house is part of the tour? Talk about awkward… huhyeah.), and might finally get the scoop on why Michael Endicott got kicked out of Pemberley.

So… the plot thickens, and Wardrop does a interesting job of reimagining this particular section of Pride and Prejudice.  I’m impressed with how she has adapted certain bits to apply in a modern perspective — with a creativity and a looseness that’s still recognizable. The drama unfolding around a certain sister translates into this YA retelling wonderfully, achieving that similar level of cultural stigma and gravity that Pride and Prejudice evokes. Also, I enjoy Wardrop’s twist on Elizabeth and Mr. Darcy.  The alternative, opinionated, vegan crusader Georgia is a fantastic contrast to the preppy, privileged, seemingly uptight Michael Endicott, and their interactions together are really fun to read — each obviously fascinated by the other, but always seeming to end up clashing and putting each other on the defensive.  And it just gets better in every novella.

Another thing I really enjoyed about Pride and Prep School was getting more of a glimpse into Michael’s character.  I mean, I’d like to imagine I’ve gotten a pretty good impression of who he is as a person throughout the series, but in this installment, Wardrop lifts the curtain a little higher on the mystery that is Michael Endicott. More pieces of the puzzle!  Yay!

Other things I like include more interactions between Georgia and one of her younger sisters.  Also, I liked seeing Georgia taken aback by the revelations about Michael which challenge her perception of him.  It’s easy for someone with George’s self-assured, caustic, intense personality to constantly be focusing on the ironies, the hypocrisies in her interactions with others, to seize any opportunity for sarcastic inner (and often, outer) commentary.  She’s well-spoken, well-informed, analytical, somewhat elitist,  and is the kind of person who can easily have the last word on things, so it was nice to see her a little unsettled, a little unsure that maybe she isn’t so right about everything after all. Yay, character growth!

Overall, a great third act.  I’m looking forward to seeing how all of this resolves in the conclusion. 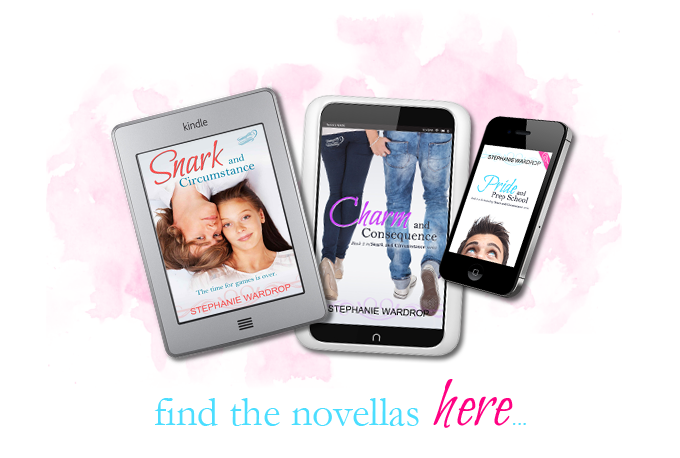 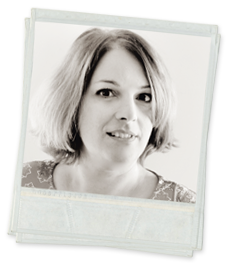 Stephanie Wardrop grew up in Reading, Pennsylvania where she started writing stories when she ran out of books to read.  She’s always wanted to be a writer, except during the brief period of her childhood in which piracy seemed like the most enticing career option — and if she had known then that there actually were “girl” pirates way back when, things might have turned out very differently.  She currently teaches writing and literature at Western New England University  and lives in a town not unlike the setting of Snark and Circumstance with her husband, two kids, and five cats.  With a book out – finally – she might be hitting the high seas any day now.