Everyone remembered the day the sky went black. The day the sun was wiped from the sky. They remember the wind as it brought in the darkness; the way the earth shook and everything changed.

Everyone remembered the screams as the darkness ate those who were out in the open, those who had surrounded themselves by light, and those who made noise.

Everyone remembered the voice from the sky and the way food disappeared.

At least, that’s what I hoped. I hoped that there was an ‘everyone’ that would remember because I am not sure how many are left, how many survived. Or if anyone did.

I hoped that I wasn’t alone.

I remembered that day.

I remembered because it was the day I became alone.

It was the day that everything was perfect until the monsters took it away. Then the house went silent and the birds stopped singing. It was the day when everyone disappeared, everyone except the boy, the only person I have seen in two years.
The boy I talk to through the glass.

Over and over my finger flew over the sharp wheel of the lighter, pressing again and again as only bright little sparks erupted from its tip. I fought the urge to scream, to grab the rail and fight the things that were on the other side of the door, but I wouldn’t win, not against two. Light was now my only option.

The click of the creature’s talons on the knob.

Sparks from the lighter.

The turn of the knob.

~ 52%,  Through Glass by Rebecca Ethington

In the real world, when you vanish into thin air for a week, people tend to notice.

After his unexpected journey into the lands of the fey, Ethan Chase just wants to get back to normal. Well, as “normal” as you can be when you see faeries every day of your life. Suddenly the former loner with the bad reputation has someone to try for-his girlfriend, Kenzie. Never mind that he’s forbidden to see her again.

But when your name is Ethan Chase and your sister is one of the most powerful faeries in the Nevernever, “normal” simply isn’t to be. For Ethan’s nephew, Keirran, is missing, and may be on the verge of doing something unthinkable in the name of saving his own love. Something that will fracture the human and faery worlds forever, and give rise to the dangerous fey known as the Forgotten. As Ethan’s and Keirran’s fates entwine and Keirran slips further into darkness, Ethan’s next choice may decide the fate of them all.

She gave me a shaky smile and wandered upstairs, probably to her bedroom.  Probably to cry for a little while before returning to act like everything was normal.  Like her daughter wasn’t an immortal faery queen who hadn’t aged in thirteen years and her son wasn’t a juvenile thug who attracted trouble at every turn.

I figured it was actually a good thing she didn’t yet know that she also had a defiant part-fey grandson who could be anywhere at the moment.

~9% The Iron Traitor by Julie Kagawa 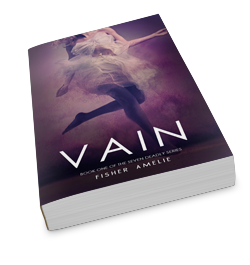 If you’re looking for a story about a good, humble girl, who’s been hurt by someone she thought she could trust, only to find out she’s not as vulnerable as she thought she was and discovers an empowering side of herself that falls in love with the guy who helps her find that self, blah, blah, blah…then you’re gonna’ hate my story.

Because mine is not the story you read every time you bend back the cover of the latest trend novel. It’s not the “I can do anything, now that I’ve found you/I’m misunderstood but one day you’ll find me irresistible because of it” tale. Why? Because, if I was being honest with you, I’m a complete witch. There’s nothing redeeming about me. I’m a friend using, drug abusing, sex addict from Los Angeles. I’m every girlfriend’s worst nightmare and every boy’s fantasy.

I’m Sophie Price…And this is the story about how I went from the world’s most envied girl to the girl no one wanted around and why I wouldn’t trade it for anything in the world.

“It’s not a weakness,” he said simply, his arms folded tightly against his torso.

“What’s not?” I blubbered, wiping my face with dirty hands.

“Fear, sadness. They’re not weaknesses. They are overpowering, defining emotions. They make you human, Sophie.”

“They are signs of defect,” I told him, reverting back to curt Sophie.

“Let me guess. Because you are not proud of yourself? Because you despise who you are? Because, if you show these emotions, they acknowledge those thoughts?”

I was deadly silent for five minutes at least. “Yes,” I stated, breaking the absence of sound.

“Do something about it.”