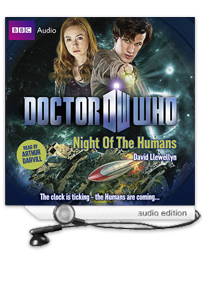 Blurb: This is the Gyre – the most hostile environment in the galaxy…’ 250,000 years’ worth of junk floating in deep space, home to the shipwrecked Sittuun, the carnivorous Sollogs, and worst of all – the Humans.  Read more…

This story unfortunately felt more in love with the idea of Doctor Who and it’s nuances than actually written in the style and voice of the show and the characters. Still, despite the Doctor and Amy not quite feeling like the Doctor and Amy (and more like caricatures), it was an interesting premise with moments of originality and humor and poignancy. Llewellyn’s own original characters were quite good, and brought to life brilliantly by the talented Arthur Darvill. Actually, I awarded this audiobook version an extra star just because his narration is absolutely wonderful. But ultimately, even he couldn’t make the Doctor sound like the Doctor, and isn’t that kind of the whole point? 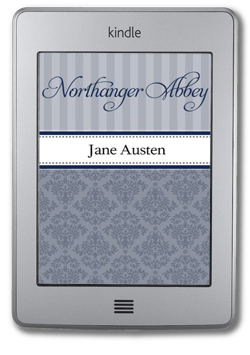 Blurb:  Catherine Morland, an unremarkable tomboy as a child, is thrown amongst all the ‘difficulties and dangers’ of Bath at the ripe age of seventeen.  Read more…

As you’ve probably noticed on the blog, we are rather big Austen fans. While I was in Maine this summer, visiting Dani, we watched a very well done movie rendition of Northanger Abbey and I simply had to read the book to get to know this Henry Tilney character a bit better than you can on screen, and let me tell you, I am so glad I did.

As Austen’s first novel, you definitely get a sense that our dear Jane is just starting out. There is little of the complexity, depth, and tremendous character development of her later works. While Henry and Catherine are a delightful couple, they are no Lizzie and Darcy or Anne and Wentworth. However, the story is a delightful gothic parody with Austen’s typical wit and humor.

Overall, while not Austen’s best work, it was an incredibly entertaining read and way better than Mansfield Park!