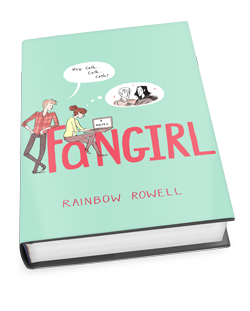 Cath is a Simon Snow fan.

But for Cath, being a fan is her life — and she’s really good at it. She and her twin sister, Wren, ensconced themselves in the Simon Snow series when they were just kids; it’s what got them through their mother leaving.

Reading. Rereading. Hanging out in Simon Snow forums, writing Simon Snow fan fiction, dressing up like the characters for every movie premiere.

Cath’s sister has mostly grown away from fandom, but Cath can’t let go. She doesn’t want to.

Now that they’re going to college, Wren has told Cath she doesn’t want to be roommates. Cath is on her own, completely outside of her comfort zone. She’s got a surly roommate with a charming, always-around boyfriend, a fiction-writing professor who thinks fan fiction is the end of the civilized world, a handsome classmate who only wants to talk about words . . . And she can’t stop worrying about her dad, who’s loving and fragile and has never really been alone.

For Cath, the question is: Can she do this?

Can she make it without Wren holding her hand? Is she ready to start living her own life? Writing her own stories?

And does she even want to move on if it means leaving Simon Snow behind?

“Look at you. All sweatered up.  What are those, leg sweaters?”
“They’re leg warmers.”
“You’re wearing at least four different kinds of sweater.”
“This is a scarf.”
“You look tarred and sweatered.”

“Since there isn’t a tree,” their dad said, “I put your presents under this photo of us standing next to a Christmas tree in 2005.  Do you know that we don’t even have any houseplants?  There’s nothing alive in this house but us.” 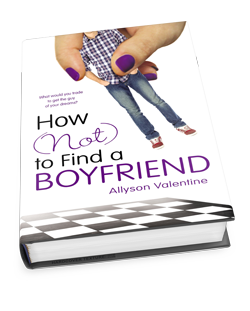 Sophomore Nora Fulbright is the most talented and popular new cheerleader on the Riverbend High cheer squad. Never mind that she used to be queen of the nerds—a chess prodigy who answered every question first, aced every test and repelled friends at every turn—because this year, Nora is determined to fully transition from social pupa to full blown butterfly, even if it means dumbing down her entire schedule. But when funny, sweet and very cute Adam moves to town and steals Nora’s heart with his ultra-smarts and illegally cute dimple, Nora has a problem. How can she prove to him that she’s not a complete airhead? Nora devises a seemingly simple plan to barter her way into Adam’s classes that involves her classmates, friends—and her older brother Phil’s award-winning AP history paper. But soon, Nora can barely keep track of her trades, and struggles to stay in control of her image.

Me and Krista,”The Salami Twins,” as Chelsey calls us.  I think she mean Siamese, not salami, because neither of us resembles anything from the processed meat family.

~p. 6, How (Not) to Find a Boyfriend by Allyson Valentine

“I’m convinced that the part of her brain that would otherwise be used to form complex thoughts has instead become a dedicated cheer-writing center.

~p. 8, How (Not) to Find a Boyfriend by Allyson Valentine