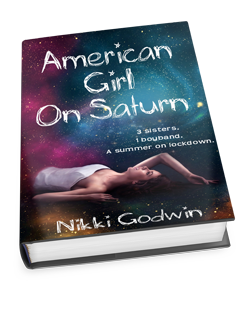 The summer after graduation is supposed to be that first real taste of freedom – but not for eighteen-year-old Chloe Branson. Just as that breeze of freedom is making its way into her galaxy, her secret-service-agent dad drops a meteor-sized bomb of bad news on her and her sisters. An attempt has been made on the lives of Canadian boyband, Spaceships Around Saturn, during their USA tour, and the guys have to go into hiding ASAP. The only problem? In the midst of the crisis and media frenzy, their dad volunteered to hide the guys…in their house.

Six-year-old Emery is as ecstatic as any self-proclaimed Saturnite would be, but Chloe and her seventeen-year-old sister Aralie watch their summer plans crash and burn like a falling star. The SAS guys aren’t happy with the situation, either. Bad boy Jules picks fights with Aralie about everything from his Twitter followers to his laundry, and heart-throb Benji can’t escape Emery’s fangirlisms for more than three minutes.

But after the super-cute Milo kisses Chloe during a game of hide-and-seek, she finally understands what Emery means when she talks about SAS being “out of this world.” If this is what Saturn feels like, Chloe doesn’t want to come back to Earth.

I bite down on my lip so I don’t laugh. Only my baby sister would yell at a boyband to be quiet during the premiere of their own video. Emery keeps it real. 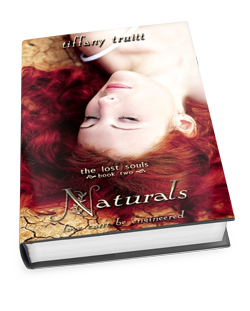 Tess is finally safe from the reach of the Council, now that she is living in the Middlelands with the rebel Isolationists. With James having returned to Templeton, she easily falls back into her friendship with Henry, though her newfound knowledge of Robert’s chosen one status still stings. Even surrounded by people, Tess has never felt more alone. So she’s thrilled when James returns to the settlement, demanding to see Tess — until she finds out that it’s because her sister, Louisa, has been recruited into Tess’s old position at Templeton, and that the dangerously sadistic chosen one George has taken an interest in her.

Isolationists.  A word I had always been taught to fear.

And I was running to them.