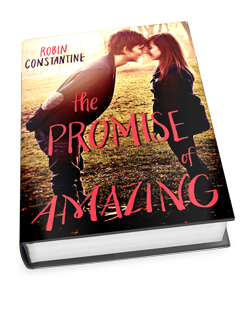 The Promise of Amazing

Grayson Barrett was the king of St. Gabe’s. Star of the lacrosse team, top of his class, on a fast track to a brilliant future—until he was expelled for being a “term paper pimp.” Now Gray is in a downward spiral and needs to change, but doesn’t know how.

One fateful night their paths cross when Wren, working at her family’s Arthurian-themed catering hall, performs the Heimlich on Gray as he chokes on a cocktail weenie, saving his life literally and figuratively. What follows is the complicated, awkward, hilarious, and tender tale of two teens shedding their pasts, figuring out who they are—and falling in love.

This just looks… adorable… and funny… and so potentially & hilariously awkward.  And the cover is so sweet.  I must read this. 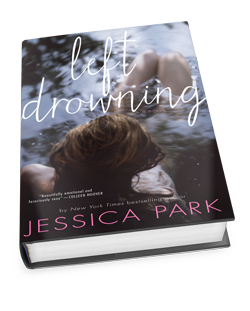 What does it take to rise from life’s depths, swim against the current, and breathe?

Weighted down by the loss of her parents, Blythe McGuire struggles to keep her head above water as she trudges through her last year at Matthews College. Then a chance meeting sends Blythe crashing into something she doesn’t expect—an undeniable attraction to a dark-haired senior named Chris Shepherd, whose past may be even more complicated than her own. As their relationship deepens, Chris pulls Blythe out of the stupor she’s been in since the night a fire took half her family. She begins to heal, and even, haltingly, to love this guy who helps her find new paths to pleasure and self-discovery. But as Blythe moves into calmer waters, she realizes Chris is the one still strangled by his family’s traumatic history. As dark currents threaten to pull him under, Blythe may be the only person who can keep him from drowning.

I absolutely loved Jessica’s Flat-Out-Love and Flat-Out-Matt books, so I’m super excited to give this one a try as well! So much potential for epic awesomesauce! Don’t you think?!