So I apologize for not officially announcing the last few winners of some of my August giveaways! I think they were announced on the Rafflecopter form in the original posts, but typically I like to do an exclusive post for the winners…which I haven’t done yet

So here we go…

Ok so…I think I have THREE giveaways to announce and we’ll start with:

The YA Indie Carnival Ebook Giveaway!!! 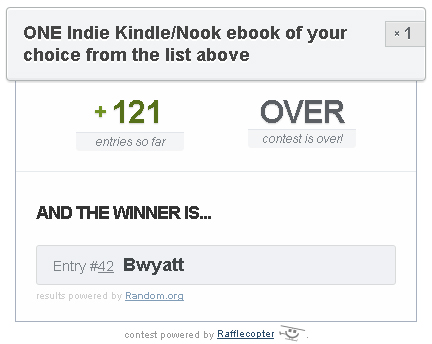 Bwyatt was contacted, she responded and she chose Cross My Heart by Katie Klein!

The Ghost and the Goth by Stacey Kade Giveaway!!!

A big THANK YOU to Stacey for contributing an AUTOGRAPHED copy of The Ghost and the Goth and some really cool Queen of the Dead book swag.  If you get a chance, let her know that she’s totally awesome 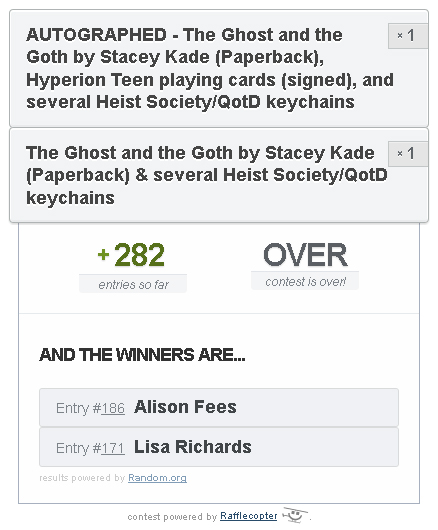 Alison’s name was drawn first and she will receive the first Ghost and the Goth prize pack:

Alison has been notified and has responded.

Lisa’s name was drawn next and she will receive the second Ghost and the Goth prize pack:

Lisa has been notified and has responded.

Evie was contacted and she has responded.

Congratulations to all the winners and a big thank you to all those who entered, followed, left me messages and book recommendations.  I appreciate you all!