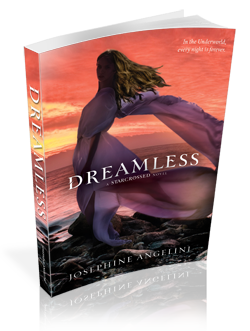 “Jumped out a window,” Helen answered. She got a mug and poured herself some coffee. Lifting her head, she noticed that everyone was staring at her. “I’m not kidding. We bumped into each other in the hallway and when he saw me, he literally jumped out a window. Anyone want coffee?”

“Stealing will attract attention too.”

I nod.  “But better than parading in full regalia into the next village and commandeering what I need.  With luck, the conde won’t hear of the theft for a long time.  And if he does, it might not occur to him that is was his queen.”

Storm chuckles.  “Queen, chosen one, horse thief.  Let it never be said that you are not accomplished.”

My attempt to glare at him fails when my lips start to twitch.”