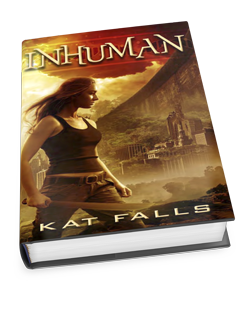 Where do I begin? From the Indiana Jones-ish vibe, to the sci-fi-experiment-gone-wrong-landscape, to the questing, danger, and adventure, to the handsome, possibly untrustworthy stranger? I must have it! Gimme, gimme!

Olive Bell has spent her entire life in the beautiful suburb of Vista Valley, with a picture-perfect home, a loving family, and a seemingly perfect boyfriend. But after a near-fatal car accident, she’s haunted by a broken heart and a melody that she cannot place.

Then Olive meets Nick. He’s dark, handsome, mysterious . . . and Olive feels connected to him in a way she can’t explain. Is there such a thing as fate? The two embark on a whirlwind romance—until Nick makes a troubling confession.

Heartbroken, Olive pieces together what really happened the night of her accident and arrives at a startling revelation. Only by facing the truth can she uncover the mystery behind the song and the power of what it means to love someone.

This sounds like a really interesting contemporary. I’m always looking for contemporaries to break up the paranormal I usually read, so I’m hopeful for this one! =)