Synopsis:
Dana Langrave is a troubled teen who is having recurring, terrifying nightmares. Under the care of a psychologist, she is hypnotized repeatedly to reveal that she has had at least 2 past lives. Startlingly, the same souls keep popping up through these 3 lives and are out to finish some unfinished business. The question is, who’s the bad guy? Could it be Dana herself?

Ok so a little disclaimer to put my 3-star review (Goodreads) in perspective because really it’s more like a 2.5 star review. I do not like “paranormalish” or “fantasyish” books. I want books that are paranormal or fantasy or books that are based in reality. Meaning, I don’t like books that get really close to things people really believe. I want a paranormal book that is something I have to stretch my mind to believe. I want a fantasy that is something my brain has to suspend my present reality to dive into. I also don’t like strictly plot driven books. I want the characters, especially the main character, to be someone I would want to sit and have a conversation with, someone I enjoy being “in the brain of.” The Red Thread gave me none of these things. That being said, you may enjoy the book immensely. This is totally my humble opinion.

Let’s start off with what I liked about the book! The plot was a sit and savor pace which can be nice after reading many “hanging on the edge of your seat” type books. I enjoyed the descriptions of places and times. The one character I absolutely adored was Chase Newcomer, Dana’s boyfriend. Dana’s dad was great but I wish he was more developed. I also really liked a fellow named Graham Dunn, a museum curator who plays a big role and then disappears frustratingly. He’s a person I would have loved to see more of. Yep, that’s about it.

Ok, so now for the stuff I didn’t like. I want to try to leave out spoilers but at the same time adequately describe why I only gave the book 2.5 stars. So, you might want to skim this if you really want to read this book. I got very confused by the narrator’s “voice.” I don’t know if I can adequately describe this. The narrator kept switching from sounding American to British to Old Worldish. I could not get a grasp on his/her voice…almost like Townley was trying too hard. The whole time I felt like I wanted to know more. More about the past lives. More about who Dana is now. More about Chase. More about her mom. More, more, more. It just didn’t feel complete. That’s one of the biggest things that bugs me about a book. I want to feel like it’s complete. The Red Thread left me wondering at the end…is that it? It had the feel of a series without the pacing or even the promise of it. I don’t like books like that. It either has to leave you feeling like it’s done or the promise that there will be more in the next book. You feel like Townley is bringing it all to a nice, neat conclusion and then he all of a sudden shifts gears in the last three sentences leaving you wondering, “What? Why did you do that?” I still, a week later, can’t decide if I even liked the book. Also, this book pushed the limits of psychology, almost equating schizophrenia with multiple personality disorder and reincarnation. Very odd. Dana keeps seeing people from her past lives in her present and you sort of expect that that’s where the fantasy stuff will come in however, it’s explained away as just part of the hypnosis and remembering the past lives. The action really gets going at the end and then suddenly…The End. I was left scratching my head going um…?

In short, not my favorite book that I’ve read lately. 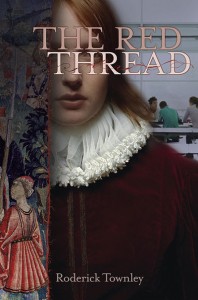