Imagine a place where the dead rest on shelves like books.

Each body has a story to tell, a life seen in pictures that only Librarians can read. The dead are called Histories, and the vast realm in which they rest is the Archive.

Da first brought Mackenzie Bishop here four years ago, when she was twelve years old, frightened but determined to prove herself. Now Da is dead, and Mac has grown into what he once was, a ruthless Keeper, tasked with stopping often—violent Histories from waking up and getting out. Because of her job, she lies to the people she loves, and she knows fear for what it is: a useful tool for staying alive.

Being a Keeper isn’t just dangerous—it’s a constant reminder of those Mac has lost. Da’s death was hard enough, but now her little brother is gone too. Mac starts to wonder about the boundary between living and dying, sleeping and waking. In the Archive, the dead must never be disturbed. And yet, someone is deliberately altering Histories, erasing essential chapters. Unless Mac can piece together what remains, the Archive itself might crumble and fall.

Mackenzie bishop is no ordinary 16 year old.  She’s a Keeper.  Mac and others like her have been tasked with keeping awakened, and sometimes violent, Histories–the dead–from escaping the tunnels where they sometimes roam.  There job is to subdue and return these escaped histories to the Archive where they are supposed to sleep.  It’s a dangerous job, but someone’s got to do it, right?  Unfortunately for Mackenzie, things are about to get super interesting.   After Mackenzie’s brother dies in a hit and run, her parents–unable to cope with the memories of their home and surroundings–pick up and move to an apartment building away from everything Mackenzie knows.  While there, she meets Wesley–an intriguing and loyal friend…and maybe more ;)–and Roland–a mysterious tunnel wanderer like herself.  She also begins to uncover the building’s extremely dark and mysterious past which seems to be deleted from both the Archive and the outside world.  More and more Histories are waking up and Mackenzie needs to figure out why, but at what cost?

The Archived is a truly intriguing and unique novel.  I loved the prose and imagery, the integration of Mackenzie’s memories about her Da–her Keeper grandfather who chose her to be his successor–and the twisty, turny plot development.  It did take me a bit to get into the story as the beginning is a bit slow.  However, once things get going…WHOA!  Hold on because it’s a sprint to the end!

I truly enjoyed Mackenzie’s perspective.  She has lost so much in her short life…her Da, her brother, and even her home.  She’s forced to lie about her “other life” which forces her to have distant and superficial relationships with even her family.  This makes her more comfortable lying than telling the truth, leaving her hopeless, lost and confused.  She’s buried her grief and thrown herself into her Keeper duties.  She’s a tad rebellious as well as impetuous, which just adds to her “charm.”  I was struck by her utter aloneness and the way she simply wants to connect with someone.   Victoria Schwab did a fantastic job truly showing Mackenzie’s depth and building a solid, relatable character.

Wesley.  Sweet, reliable, understanding Wesley.  I adored him and his total loyalty and support for Mackenzie.  He was both much needed comic relief and a perfect balance for Mackenzie and her “lostness.”  Wes is the type of guy who seems to take everything in stride which made me love him all the more.  Totally, great book boy.

Roland.  Roland intrigued me right to the end.  I wanted to know his backstory.  I needed to understand his presence and importance to the story.   The development of his character was perfect.  I absolutely loved the way it played out.

Secondary characters also added a great dimension to the story.  There weren’t any placeholders.  Everyone had a purpose and a necessary plot point, which I loved.  The plot, world, and characters were complex and interesting while also remaining mysterious.   While everything resolved at the end of the story to give completeness and a satisfying ending, I was left with a lot of questions and a need to know more.

Another truly strong point was the incredible world building.  Mackenzie began her career as a Keeper extremely young and, because of losing her Da so early into her training, was woefully unprepared for some of the aspects of Keeper life.  The Archive is also an extremely secretive organization.  It is not meant to be questioned.  All of these aspects added to an incredibly riveting world that I look forward to exploring further as the series continues.

Overall, The Archived is a thrill ride of awesome with a dusting of favorite shelf potential.  Though it had a slow start, the ending left me absolutely desperate to know what happens next! 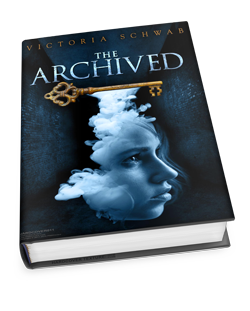