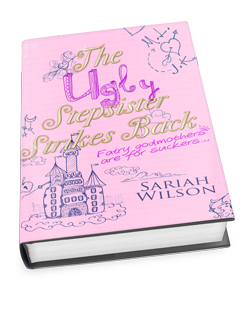 Everyone knows how all those fairy tales go. The princess gets beautiful, nabs her prince, falls instantly in love, lives happily ever after and leaves her evil stepsisters in the dust.

But what happens when you’re the ugly stepsister and your obnoxiously perfect—read pretty, smart, and, worst of all, sickeningly nice—stepsister is dating the charming, tall, devastatingly handsome guy you’ve had a thing for since you were nine years old?

Quirky, artistic and snarky Mattie Lowe does not lead a charmed life. Her mother is constantly belittling her on Skype. Mercedes, the school mean girl, has made it her personal mission to torment Mattie. But worst of all? Her stepsister Ella is the most beautiful, popular girl in school and is dating Mattie’s secret longtime crush, Jake Kingston.

Tired of being left out and done with waiting for her own stupid fairy godmother to show up, Mattie decides to change her life. She’ll start by running for senior class president against wildly popular Jake.

Ella can keep her Prince Annoying. Mattie’s going to rule the school.

And no one, not even a cute and suddenly flirty Jake, is going to stop her.

“Hey,” she said without looking up at me. “We need to work on your campaign today. You’re way behind.” She was right. Jake already had posters up all over the school. I suspected Mercedes Bentley was probably behind them— because they were a candid picture of a shirtless Jake laughing. Underneath it said, “Jake Kingston… does a student body good.” Yes, I drooled, but as a feminist, I was highly offended. Highly.

Fine. I would admit to stealing one of the posters.

p. 91, The Ugly Stepsister Strikes Back by Sariah Wilson

“Fine, just forgetful.”  I’m pretty sure I started saying some unkind things about calculus’s mother under my breath because Jake raised one eyebrow and looked over at me. “Jeez, what did calculus ever do to you?”

“Here’s the thing. Math and I broke up two years ago, and now whenever we get together it’s just weird and awkward for both of us.”

p. 95, The Ugly Stepsister Strikes Back by Sariah Wilson 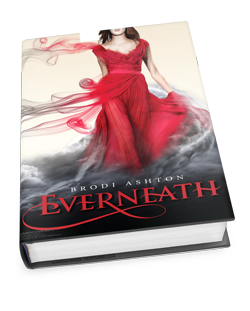 I was picturing his face, a boy with floppy brown hair and brown eyes when the feed ended.  At first, I didn’t know what had happened.  I didn’t know where I was or why it was so dark.  I only knew that the pain inside me, the feeling that I was being drained from the inside out, had subsided.