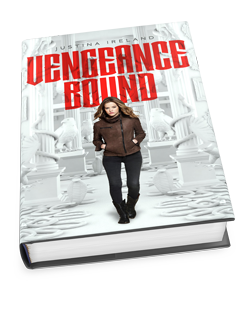 The Goddess Test meets Dexter in an edgy, compelling debut about one teen’s quest for revenge… no matter how far it takes her.

Cory Graff is not alone in her head. Bound to a deal of desperation made when she was a child, Cory’s mind houses the Furies—the hawk and the serpent—lingering always, waiting for her to satisfy their bloodlust. After escaping the asylum where she was trapped for years, Cory knows how to keep the Furies quiet. By day, she lives a normal life, but by night, she tracks down targets the Furies send her way. And she brings down Justice upon them.

Cory’s perfected her system of survival, but when she meets a mysterious boy named Niko at her new school, she can’t figure out how she feels about him. For the first time, the Furies are quiet in her head around a guy. But does this mean that Cory’s finally found someone who she can trust, or are there greater factors at work? As Cory’s mind becomes a battlefield, with the Furies fighting for control, Cory will have to put everything on the line to hold on to what she’s worked so hard to build.

Offered escape from a terrible, hopeless situation, Cory eagerly accepts the protection and help offered to her by the Furies, not fully understanding at the time that their aid comes with a heavy price. Cory is now their connection to the Earthly realm; the mortal vessel through whom the Furies will be able to continue their relentless pursuit of justice. Now, years later, Cory’s mind is no longer just her own, she’s endured years of institutionalization, she’s orphaned and alone, and her hands are covered in blood – absolutely dripping with it. Since joining with the Furies, she’s never been in one place for long, never able to put down roots or develop meaningful relationships with other people. (i.e. Cory’s personal life is a mess… her social life nonexistent) Allowing the Furies entrance into her life has caused unspeakable hardship, and not a little amount of moral anxiety as Cory wrestles with the rightness of what she’s been bound to do. Even more disturbing is the fact that she might actually enjoy exacting vengeance upon those who’ve used, abused, killed and tortured others.

The realization that she’s, little by little, starting to lose more of herself to her mythological counterparts pushes Cory to try and find some balance. She’ll be normal. Or she’ll play at it anyway. And so she moves to the tiny town of West County, Pennsylvania and enrolls in high school with the goal of having a little normalcy in her life for the next few months until graduation. But as the skeletons in her closet begin to mount ever higher, how long will she be able to keep her wishes balanced against the desires of the Furies?

Victim or villain? Victim AND villain? I’m still not sure. Cory is one of the most conflicting characters I’ve read in awhile – in some ways both the protagonist and antagonist at the same time. She’s done horrible, terrible, ugly things in the name of justice, and yes, it could be argued that those she’s killed deserve it – murderers, rapists, serial killers, child molesters. The people who’s lives she takes in the name of justice have ruin countless innocent lives – they’re evil.  And yet… the vengeance fuels her, excites her; she relishes the kill. Cory is her own particular brand of serial killer.

“Ooooookay. And this girl is likable?” You ask.

Cory’s mind is under siege. Inhabited by the Furies, they’ve taken over a part of her, and she’s losing herself to them bit by bit. Part of her accepts this eventuality, but another part of her resists – the part that wants nothing more than a normal life, the part that tries to repress and control Them. Cory doesn’t like who she’s become and who she’s becoming. The question is which part of her will win? Is she even strong enough to fight against Them? <dun dun dun>

“Them.” (a.k.a – The Furies) Part-woman, part-hawk and born of betrayal, Tisiphone’s moods are erratic and unstable. The other, Megaera is part-woman, part-snake and created out of a deep, abiding anger. Both born of the blood of a betrayed god. Both driven by a never-ending hunger for justice and violence. Ireland’s portrayal of both these characters – and Cory’s bond to them – is fantastic and spine-chillingly creepy.

About a Boy. Isn’t always? About a boy? After meeting Niko at school, everything changes for Cory. She knows she can never have him, because she’s a monster. But like a moth to a flame, she finds herself irresistibly drawn to him.

I wish this romance had worked better for me, but unfortunately it didn’t. Too many angst filled stares full of hidden meaning across a crowded cafeteria, too much insta-love, too much unexplained instant connection. I just didn’t understand the why behind it all. And the “why” is ever so important. And Niko… his character just isn’t very strong; I felt I was never given the chance to know him all that well.

More “Meh.”  No question, Vengeance Bound is very much a character piece – a girl fighting to overcome her literal inner demons – which is certainly fascinating, but the plot unfortunately devolved for me the further in I got, and the ending was a bit anti-climactic. To be fair, some of this perhaps stems from several expectations of where I thought things were headed going somewhat unmet, but at the same time, I was waiting around for something to happen that never began happening… and then it was over.

Overall. Despite my various issues with the story and romance, Vengeance Bound is still an entertaining read. If you like good character development, unreliable protagonists, and interesting/twisty/conflicting psychological stuff you should give this book a try. 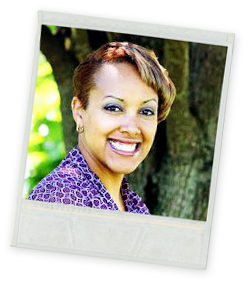 Justina Ireland enjoys dark chocolate, dark humor, and is not too proud to admit that she’s still afraid of the dark. She lives with her husband, kid, and dog in Pennsylvania. Vengeance Bound is her first novel. Visit her at JustinaIreland.com.