The first book in the Many-Worlds Trilogy, Tandem is a riveting saga of love and betrayal set in parallel universes in which nothing–and no one–is what it seems.

Parallel universes and a girl who’s forced to play her counterpart in another universe?  And throw in romance?  Which of her lives will she choose?  Gah!  This sounds SO good!  I must have it! 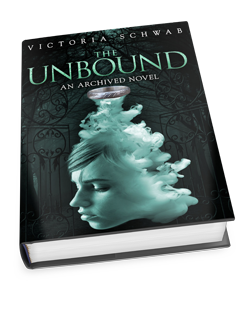 Imagine a place where the dead rest on shelves like books. Each body has a story to tell, a life seen in pictures that only Librarians can read. The dead are called Histories, and the vast realm in which they rest is the Archive.

Last summer, Mackenzie Bishop, a Keeper tasked with stopping violent Histories from escaping the Archive, almost lost her life to one. Now, as she starts her junior year at Hyde School, she’s struggling to get her life back. But moving on isn’t easy — not when her dreams are haunted by what happened. She knows the past is past, knows it cannot hurt her, but it feels so real, and when her nightmares begin to creep into her waking hours, she starts to wonder if she’s really safe.

Meanwhile, people are vanishing without a trace, and the only thing they seem to have in common is Mackenzie. She’s sure the Archive knows more than they are letting on, but before she can prove it, she becomes the prime suspect. And unless Mac can track down the real culprit, she’ll lose everything, not only her role as Keeper, but her memories, and even her life. Can Mackenzie untangle the mystery before she herself unravels?

With stunning prose and a captivating mixture of action, romance, and horror, The Unbound delves into a richly imagined world where no choice is easy and love and loss feel like two sides of the same coin.

I really enjoyed reading The Archived last month. It left off in a really intriguing way and I’m excited to learn more about the Archive world!