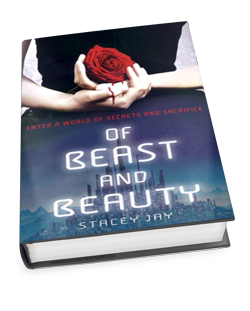 Of Beast and Beauty

In the domed city of Yuan, the blind Princess Isra, a Smooth Skin, is raised to be a human sacrifice whose death will ensure her city’s vitality. In the desert outside Yuan, Gem, a mutant beast, fights to save his people, the Monstrous, from starvation. Neither dreams that together, they could return balance to both their worlds.

Isra wants to help the city’s Banished people, second-class citizens despised for possessing Monstrous traits. But after she enlists the aid of her prisoner, Gem, who has been captured while trying to steal Yuan’s enchanted roses, she begins to care for him, and to question everything she has been brought up to believe.

As secrets are revealed and Isra’s sight, which vanished during her childhood, returned, Isra will have to choose between duty to her people and the beast she has come to love.

I ran across this book last week on another blog’s WoW (thank you!), and being a sucker for ANYTHING Beauty & the Beast inspired, well, I must have this book.  The world sounds fascinating, it sounds achingly romantic… and y’all know how much I love those love vs. duty romances.  <grabby hands> 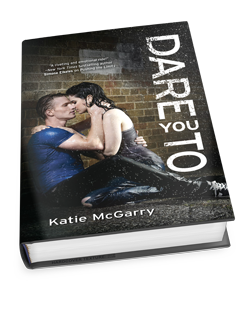 Ryan lowers his lips to my ear. “Dance with me, Beth.”

“No.” I whisper the reply. I hate him and I hate myself for wanting him to touch me again….

If anyone knew the truth about Beth Risk’s home life, they’d send her mother to jail and seventeen-year-old Beth who knows where. So she protects her mom at all costs. Until the day her uncle swoops in and forces Beth to choose between her mom’s freedom and her own happiness. That’s how Beth finds herself living with an aunt who doesn’t want her and going to a school that doesn’t understand her. At all. Except for the one guy who shouldn’t get her, but does….

Ryan Stone is the town golden boy, a popular baseball star jock-with secrets he can’t tell anyone. Not even the friends he shares everything with, including the constant dares to do crazy things. The craziest? Asking out the Skater girl who couldn’t be less interested in him.

But what begins as a dare becomes an intense attraction neither Ryan nor Beth expected. Suddenly, the boy with the flawless image risks his dreams-and his life-for the girl he loves, and the girl who won’t let anyone get too close is daring herself to want it all….

I LOVED Pushing the Limits…I mean I LOVED it…so I’m really curious what Katie McGarry has in store for us in this new story from Beth’s perspective.