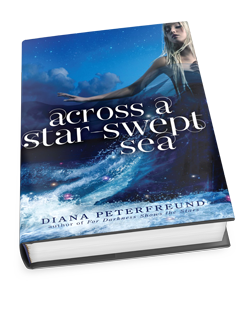 Across a Star-Swept Sea

In this thrilling adventure inspired by The Scarlet Pimpernel, Diana Peterfreund creates an exquisitely rendered world where nothing is as it seems and two teens with very different pasts fight for a future only they dare to imagine. 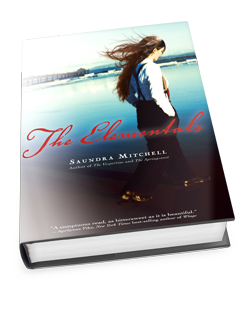 In 1917, war spells the death of one age in Europe; the rise of motion pictures heralds the birth of a new one in America. Caught between both are two extraordinary souls, bound by destiny.

Kate Witherspoon has lived a bohemian life with her artist parents, and she’s infused with their wanton disregard for social norms. She’s determined to become a film director, and she doesn’t intend to do that in a corset.

Meanwhile, midwestern farm boy Julian Birch has inherited the tenacity and wanderlust that fueled his parents’ adventures. War calls, yet not for him—but he refuses to let his disability define him.

Strangers driven by a shared vision, Kate and Julian set out separately for Los Angeles, the city of dreams. There, they each struggle to find their independence. When they finally meet, the teenage runaways realize their true legacy: the ability to triumph over death, over time. But as their powerful parents before them learned, all magic comes with a price.

In this sweeping companion to The Vespertine and The Springsweet, the teenage children of the heroes of the previous novels confront a decades-old tragedy still unfolding. At the crucial moment, will Kate and Julian have the courage to embrace their gifts?

I’m ready to know how this story ends! So, so ready…more than ready. I am all sorts of grabby hands for this book!