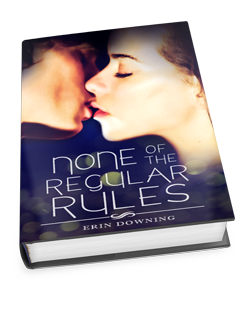 The weekend before the start of senior year, Sophie Erickson and her best friends, Ella and Grace, discover a handwritten list of dares tucked away in the glove compartment of Sophie’s beat-up old Toyota. But this isn’t just any list; it’s a dead girl’s bucket list.

Sophie’s beloved aunt Suzy died as a teenager in a fatal fall, leaving Sophie with an overly cautious family, a few fading photographs, and a bucket of bolts that barely passes for a car. But now, Sophie has Suzy’s list of the things she wanted to do in her last year of high school. Sophie can’t help but wonder: What would happen if she tried to fulfill Suzy’s last wishes, to live out the longed-for life of her aunt, her hero?

As Sophie and her friends attempt to knock off the things on Suzy’s list of dares, love blossoms in unexpected places and Sophie begins to feel that her life is finally coming together…when in fact, everything is slowly unraveling around her. When the truth about a long-held family secret threatens to shatter everything she believed to be true, Sophie is forced to question everything she knew about the life and people she believed in, and ultimately herself.

Sophie Erickson is existing. She’s doing what’s expected of her. She doesn’t give her parents anything significant to worry about. She’s not edgy, not a rule breaker, doesn’t push the envelope or explore her boundaries. Sophie’s not unhappy, per se, but she feels adrift, restless, and tired of waiting around for amazing things to happen to her. So when she discovers her beloved aunt’s bucket list, an aunt who passed away when Sophie was a small child, she finds something to latch onto in her quest for purpose and identity.

None of the Regular Rules is very much a book about making the most of life. Not just existing, but really living; taking ownership of your life and living in the here in now. It’s about making mistakes, learning from them, creating your own opportunities, seizing the moment, taking a risk, challenging yourself, learning to navigate life’s highs and lows. Sophie’s journey toward enlightenment and self-discovery is alternately heart-wrenching and heart-warming, and is presented very poignantly by Downing through Sophie’s introspective narration and her interactions with those around her.

Romance. While this book is definitely more about Sophie growing as an individual, it does contain some cute romance. Sophie’s crush is an appealing blend of a friendly, seemingly-carefree guy who doesn’t take himself too seriously while he’s also mysterious and somewhat broken. The romance is more realistic in nature, and while I understand why it was that way, I do wish it had been fleshed out a little more thoroughly.  It just left me wishing for a little… more.

Story. As a whole, None of the Regular Rules is an enjoyable book, both for it’s evocative qualities that were previously mentioned, as well as Downing’s writing style which makes for a very enjoyable read. However, having given it more thought since finishing, there are a couple plot points that felt a little forced, a little too contrived, put in place to move other areas of the story forward in a way I found odd or to generate drama-drama-drama. There is also a subplot involving one of Sophie’s friends that held some interesting potential, but it just never saw enough development, with the end result of it feeling slightly unnecessary and tagged on. That said, it didn’t detract too much from my reading experience as my nose stayed pretty firmly pressed to my Kindle until I finished Sophie’s story.

Overall. Barring a few hangups, None of the Regular Rules is an enjoyable story about a girl attempting to discover, for the very first time, what it truly means to live.

Title: None of the Regular Rules 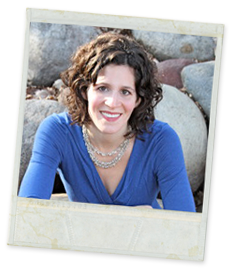 Erin Downing has written more than a dozen books for young adults, tweens, and kids. Her guilty pleasures include an unhealthy obsession with reality TV and cheesy romantic dramas (Revenge! Alias!), an addiction to Us Weekly magazine, and cupcakes.

Before turning to writing full time, Erin worked as a book editor, spent a few months as a cookie inventor, and also worked for Nickelodeon. Erin has lived in England, Sweden, and New York City, and now resides in Minneapolis, Minnesota, with her husband and kids. More information about Erin and her books can be found at: www.erindowning.com.