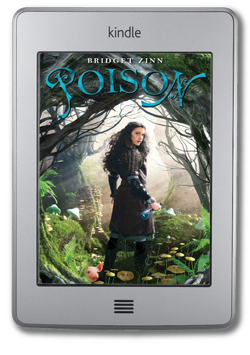 When he wasn’t being completely infuriating (and sometimes even when he was), he radiated joy like a beam of light.  She caught just a tiny bit of that warmth when she was with him.

She wasn’t sure she deserved to feel that warmth.  But she craved it all the same.

Kira Walker has found the cure for RM, but the battle for the survival of humans and Partials is just beginning. Kira has left East Meadow in a desperate search for clues to who she is. That the Partials themselves hold the cure for RM in their blood cannot be a coincidence–it must be part of a larger plan, a plan that involves Kira, a plan that could save both races. Her companions are Afa Demoux, an unhinged drifter and former employee of ParaGen, and Samm and Heron, the Partials who betrayed her and saved her life, the only ones who know her secret. But can she trust them?

Meanwhile, back on Long Island, what’s left of humanity is gearing up for war with the Partials, and Marcus knows his only hope is to delay them until Kira returns. But Kira’s journey will take her deep into the overgrown wasteland of postapocalyptic America, and Kira and Marcus both will discover that their greatest enemy may be one they didn’t even know existed.

The second installment in the pulse-pounding Partials saga is the story of the eleventh hour of humanity’s time on Earth, a journey deep into places unknown to discover the means–and even more important, a reason–for our survival.

For the second time that day Marcus felt himself standing, heard his voice calling out.  “I volunteer for the force that goes out to meet them,” he said.  “You’ll need a medic–I volunteer.”

Senator Tovar looked at him, nodded, then turned back to Mkele and Woolf.  The room continued to buzz with fear and speculation.  Marcus collapsed back into his chair.

I really need to learn to keep my mouth shut. 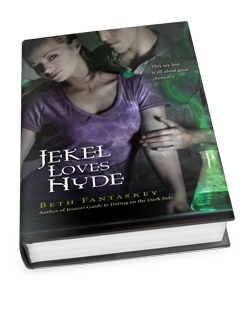 Jill Jekel has always obeyed her parents rules; especially the one about never opening the mysterious, old box in her father’s office. But when her dad is murdered, and her college savings disappear, she’s tempted to peek inside, as the contents might be the key to a lucrative chemistry scholarship.

To improve her odds, Jill enlists the help of gorgeous, brooding Tristen Hyde, who has his own dark secrets locked away. As the team of Jekel and Hyde, they recreate experiments based on the classic novel, hoping not only to win a prize, but to save Tristen’s sanity. Maybe his life. But Jill’s accidental taste of a formula unleashes her darkest nature and compels her to risk everything, even Tristen’s love just for the thrill of being . . . bad.

Her head lolled sideways, and she slumped against me. “Tristen?” I cried, alarmed, shaking my mother.
She didn’t respond.
“I had to do it, Jill,” Tristen said miserably. “For all of us.”
~Ch. 35, Jekel Loves Hyde by Beth Fantaskey