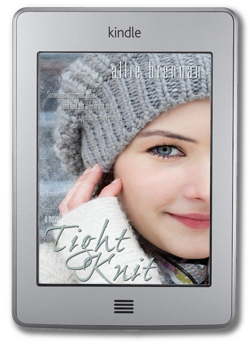 Talia Gregory relies on her Nan for everything, especially helping her calm the anxiety that controls her life. But Nan gets sick, and it couldn’t be worse timing. Talia’s panic attacks are getting worse, her boyfriend is a jerk, her best friend is distant, her parents are more absent than usual and she’s stuck planning the Cozy Christmas Charity Drive for her knitting group in place of Nan. If that’s not panic inducing enough, enter Lachlan.

Lachlan McCreedy doesn’t rely on anyone. Not after what he’s been through. It’s him and Gram, nothing else matters but keeping his past buried, and his secrets hidden. So when Gram forces him to help with her Christmas sale, Talia is the last thing he expected, and trusting her with his secrets comes as a shock to both of them. But when he unexpectedly falls for her, the question becomes can he trust her with his heart?

The facade he’s hiding behind cracks open just for a second and I see something I never would have thought I’d see on him. An exhaustion I recognize. The effort it takes to keep everything and everyone out and the terror of what would happen if maybe, just maybe, it’s time to let someone else in.

We’re all a little broken.  We all harbor little pieces of pain that accumulate inside us. Pain we wish we could cast out, but in truth defines us. All we really need is someone to help us bear the hurt. Someone to say I’m right beside you. Someone to say no matter what you’re not alone. 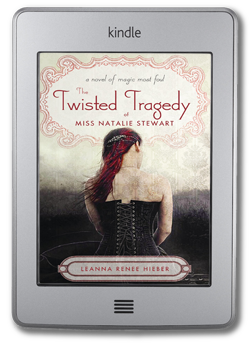 I’m coming for you.

The whispers haunt her dreams and fill her waking hours with dread. Something odd is happening. Something…unnatural.

Possession of the living. Resurrection of the dead. And Natalie Stewart is caught right in the middle. Jonathon, the one person she thought she could trust, has become a double agent for the dark side. But he plays the part so well, Natalie has to wonder just how much he’s really acting.

She can’t even see what it is she’s fighting. But the cost of losing her heart, her sanity…her soul.

I’ll see you very soon.  In a dream?  I’d like to see you in a nightdress, unless you’re being modest.  Which I respect, I do.  Utterly.  Even if modesty isn’t any fun.

I smiled.  This was the core of true love:  when someone brought out the best, bravest, and strongest parts of you and stood with their best self beside you. 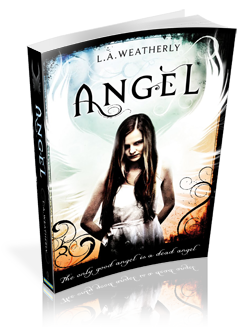 Angels are all around us: beautiful, awe-inspiring, irresistible.

Ordinary mortals yearn to catch a glimpse of one of these stunning beings and thousands flock to The Church of Angels to feel their healing touch.
But what if their potent magnetism isn’t what it seems?
Willow knows she’s different from other girls. And not just because she loves tinkering around with cars.
Willow has a gift. She can look into people’s futures, know their dreams, their hopes and their regrets, just by touching them. But she has no idea where she gets this power from.

Until she meets Alex…
Alex is one of the few who know the truth about angels. He knows Willow’s secret and is on a mission to stop her.
The dark forces within Willow make her dangerous – and irresistible.
In spite of himself, Alex finds he is falling in love with his sworn enemy.

Beth’s eyes were shining. “Willow, that’s wonderful!” she said, breathless. “That’s exactly what I needed to know! It wouldn’t be a mistake, then.”

“It would!” I snapped. My voice was like a harsh whip, and Beth’s eyebrows flew up in surprise. “Trust me: it’s not a good path. Everything just . . . felt cold.” My heart beat faster as I remembered the slithery gray clouds. Words suddenly seemed so totally, stupidly inadequate.

Beth sat motionless, staring at me. I could hear the TV going faintly in the other room and the low murmur of the caregiver’s voice, saying something to Mom. Finally Beth cleared her throat. “What do you mean, cold? You mean, like . . . death?”

~Angel by L. A. Weatherly