Welcome to DAY THREE of…

Flirty, romantic, and fiercely loyal.  That’s how I’d describe Jules.  Even though he’s a secondary character in Die for Me, as Vincent’s  best friend, he totally stole the show–completely innocently of course–in Until I Die which made me completely love his character.  He’s an artist and sees the world through a lens of beauty and mystery which gives him a mystique all his own.  He is a revenant which means he sacrifices himself over and over again to save others from harm.  So you know he’s got that selflessness thing down.  ;o)   Jules is definitely the guy you want on  your side in any crisis. 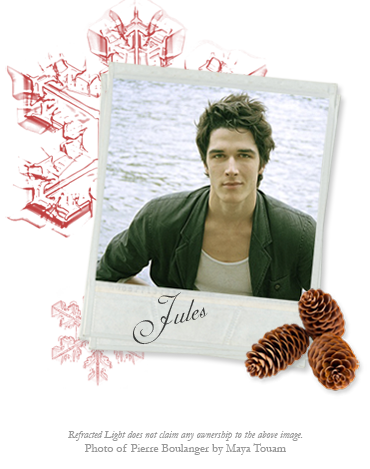 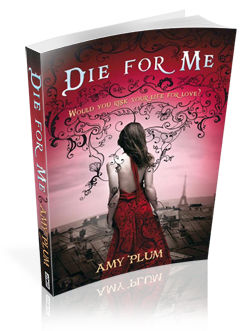 In the City of Lights, two star-crossed lovers battle a fate that is destined to tear them apart again and again for eternity.

When Kate Mercier’s parents die in a tragic car accident, she leaves her life–and memories–behind to live with her grandparents in Paris. For Kate, the only way to survive her pain is escaping into the world of books and Parisian art. Until she meets Vincent.

Mysterious, charming, and devastatingly handsome, Vincent threatens to melt the ice around Kate’s guarded heart with just his smile. As she begins to fall in love with Vincent, Kate discovers that he’s a revenant–an undead being whose fate forces him to sacrifice himself over and over again to save the lives of others. Vincent and those like him are bound in a centuries-old war against a group of evil revenants who exist only to murder and betray. Kate soon realizes that if she follows her heart, she may never be safe again. 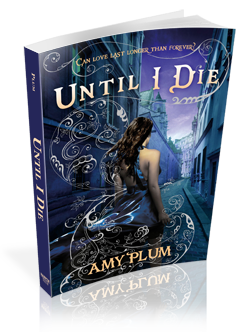 Amy Plum is the author of the DIE FOR ME series, a YA trilogy set in Paris. The first and second book, DIE FOR ME and UNTIL I DIE are international bestsellers, and have been translated into eight different languages. The third book, IF I SHOULD DIE will be released in May 2013.

Amy grew up in Birmingham, Alabama before venturing further afield to Chicago, Paris, London and New York. An art historian by training, she can be found on most days either daydreaming or writing (or both) in a Parisian café.

ONE (1) follower will win a copy of Die For Me OR Until I Die, an Until I Die bookmark, a signed bookplate from Amy, and an Eiffel Tower book mark (US ONLY)