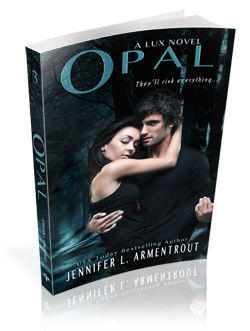 When he set out to prove his feelings for me, he wasn’t fooling around. Doubting him isn’t something I’ll do again, and now that we’ve made it through the rough patches, well… There’s a lot of spontaneous combustion going on.

But even he can’t protect his family from the danger of trying to free those they love.

After everything, I’m no longer the same Katy. I’m different… And I’m not sure what that will mean in the end. When each step we take in discovering the truth puts us in the path of the secret organization responsible for torturing and testing hybrids, the more I realize there is no end to what I’m capable of. The death of someone close still lingers, help comes from the most unlikely source, and friends will become the deadliest of enemies, but we won’t turn back. Even if the outcome will shatter our worlds forever.

Together we’re stronger… and they know it.

“He smiled a little. ‘You burn bright, to me at least, and I know you could handle it, but the last thing I want is your light to be tainted by something so dark.'” 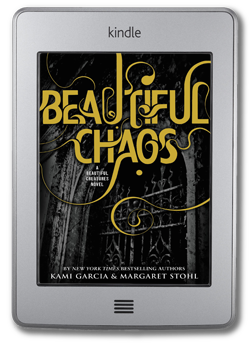 Ethan Wate thought he was getting used to the strange, impossible events happening in Gatlin, his small Southern town. But now that Ethan and Lena have returned home, strange and impossible have taken on new meanings. Swarms of locusts, record-breaking heat, and devastating storms ravage Gatlin as Ethan and Lena struggle to understand the impact of Lena’s Claiming. Even Lena’s family of powerful Supernaturals is affected – and their abilities begin to dangerously misfire. As time passes, one question becomes clear: What — or who — will need to be sacrificed to save Gatlin?

For Ethan, the chaos is a frightening but welcome distraction. He’s being haunted in his dreams again, but this time it isn’t by Lena – and whatever is haunting him is following him out of his dreams and into his everyday life. Even worse, Ethan is gradually losing pieces of himself — forgetting names, phone numbers, even memories. He doesn’t know why, and most days he’s too afraid to ask.

Sometimes there isn’t just one answer or one choice. Sometimes there’s no going back. And this time there won’t be a happy ending.

“She’s been really weird about her room lately.” Lena nudged an open bottle of nail polish that was oozing onto the dresser.  “But there are no signs of Casting.  No books or charms.

I flipped back the pink carpet to reveal the smooth lines of the hidden Caster door in the floor.

“Nothing except–” Lena held up a nearly empty bag of Doritos. “Ridley hates Doritos.  She likes sweet, not salty.”

I stared down into the darkness at the stairs I only half believed were there.  “I’m looking at an invisible stairwell, and you’re telling me the chips are weird?”