Girl assassin on the run.  YES. A “too-cute pig” and a love interest named FRED?!  Double yes.  Add in poison, fantasy and an ex-boyfriend who’s hunting her down.  Triple yes. 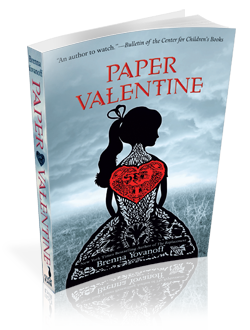 The city of Ludlow is gripped by the hottest July on record. The asphalt is melting, the birds are dying, petty crime is on the rise, and someone in Hannah Wagnor’s peaceful suburban community is killing girls.

For Hannah, the summer is a complicated one. Her best friend Lillian died six months ago, and Hannah just wants her life to go back to normal. But how can things be normal when Lillian’s ghost is haunting her bedroom, pushing her to investigate the mysterious string of murders? Hannah’s just trying to understand why her friend self-destructed, and where she fits now that Lillian isn’t there to save her a place among the social elite. And she must stop thinking about Finny Boone, the big, enigmatic delinquent whose main hobbies seem to include petty larceny and surprising acts of kindness.

With the entire city in a panic, Hannah soon finds herself drawn into a world of ghost girls and horrifying secrets. She realizes that only by confronting the Valentine Killer will she be able move on with her life—and it’s up to her to put together the pieces before he strikes again.

Paper Valentine is a hauntingly poetic tale of love and death by the New York Times bestselling author of The Replacement and The Space Between.

Ghosts and serial killers, mysteries and delinquent love interests…I’m in…yeah, I’m all in. =) 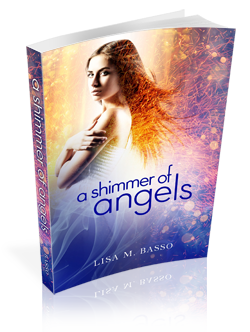 A Shimmer of Angels

Sixteen-year-old Rayna sees angels, and has the medication and weekly therapy sessions to prove it. Now, in remission, Rayna starts fresh at a new school, lands a new job, and desperately tries for normalcy. She ignores signs that she may be slipping into the world she has tried so hard to climb out of. But these days, it’s more than just hallucinations that keep Rayna up at night. Students are dying, and she may be the only one who can stop it. Can she keep her job, her sanity, and her friends from dying at the hands of angels she can’t admit to seeing?

Hello, my name is Aly, and I’m an angel book-aholic.

Yes, I admit that I have a problem, but I don’t really want to be cured. This one looks like a great read – perhaps something Mara Dyer-esque with an angelic influence? Regardless, I can’t wait to check it out.