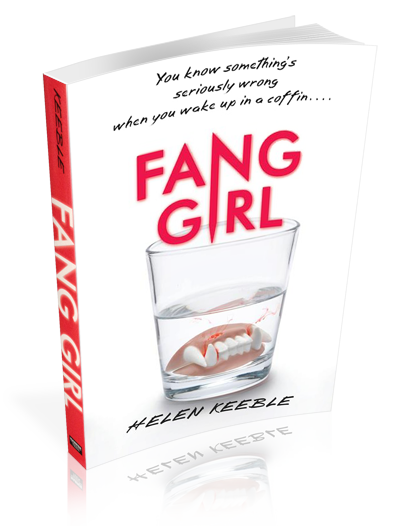 Things That Are Destroying Jane Greene’s Undead Social Life Before It Can Even Begin:

1) A twelve-year-old brother who’s convinced she’s a zombie.
2) Parents who are begging her to turn them into vampires.
3) The pet goldfish she accidentally turns instead.
4) Weird superpowers that let her rip the heads off of every other vampire she meets.(Sounds cool, but it doesn’t win you many friends.)
5) A pyschotic vampire creator who’s using her to carry out a plan for world domination.

And finally:
6) A seriously ripped vampire hunter who either wants to stake her or make out with her. Not sure which.

A little bit about Helen… 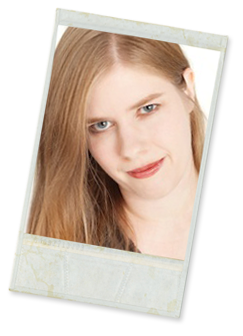 Helen Keeble is not, and never has been, a vampire. She has however been a teenager. She grew up partly in America and partly in England, which has left her with an unidentifiable accent and a fondness for peanut butter crackers washed down with a nice cup of tea. She now lives in West Sussex, England, with her husband, daughter, two cats, and a variable number of fish. To the best of her knowledge, none of the fish are undead.

Her first novel, a YA vampire comedy called FANG GIRL, is out 11th Sept 2012, from HarperTeen.

She also has another YA paranormal comedy novel (provisionally titled NO ANGEL) scheduled for Sept 2013.