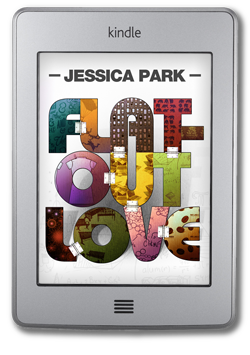 Flat-Out Love is a warm and witty novel of family love and dysfunction, deep heartache and raw vulnerability, with a bit of mystery and one whopping, knock-you-to-your-knees romance.

Something is seriously off in the Watkins home. And Julie Seagle, college freshman, small-town Ohio transplant, and the newest resident of this Boston house, is determined to get to the bottom of it.

When Julie’s off-campus housing falls through, her mother’s old college roommate, Erin Watkins, invites her to move in. The parents, Erin and Roger, are welcoming, but emotionally distant and academically driven to eccentric extremes. The middle child, Matt, is an MIT tech geek with a sweet side … and the social skills of a spool of USB cable. The youngest, Celeste, is a frighteningly bright but freakishly fastidious 13-year-old who hauls around a life-sized cardboard cutout of her oldest brother almost everywhere she goes.

And there’s that oldest brother, Finn: funny, gorgeous, smart, sensitive, almost emotionally available. Geographically? Definitely unavailable. That’s because Finn is traveling the world and surfacing only for random Facebook chats, e-mails, and status updates. Before long, through late-night exchanges of disembodied text, he begins to stir something tender and silly and maybe even a little bit sexy in Julie’s suddenly lonesome soul.

To Julie, the emotionally scrambled members of the Watkins family add up to something that … well … doesn’t quite add up. Not until she forces a buried secret to the surface, eliciting a dramatic confrontation that threatens to tear the fragile Watkins family apart, does she get her answer.

He looked at the plate in front of him. “What is this?”

“It’s a gastronomical representation of Cat on a Hot Tin Roof.” Julie put her hands on her hips. “Don’t you see it? The clear depiction of the struggle for sexual identity as evidenced by the two phallic shapes?”

Matt looked at her. “What are you talking about?”

“What are you talking about? It’s manicotti, you nut. What do you think it is?” 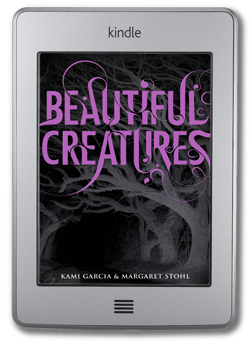 “His eyes softened. I thought maybe he pitied me, but it was something else. “Ultimately, it will be your burden to bear. It’s always the Mortal who bears it. Trust me, I know.”

“I don’t trust you and you’re wrong. We aren’t too different.”

“Mortals. I envy you. You think you can change things. Stop the universe. Undo what was done long before you came along. You are such beautiful creatures.” He was talking to me, but it didn’t feel like he was talking about me anymore. “I apologize for the intrusion. I’ll leave you to your sleep.” 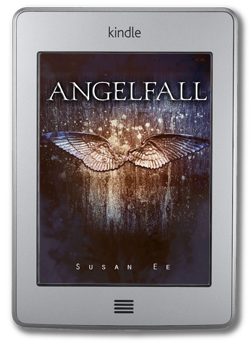 Traveling through a dark and twisted Northern California, they have only each other to rely on for survival. Together, they journey toward the angels’ stronghold in San Francisco where she’ll risk everything to rescue her sister and he’ll put himself at the mercy of his greatest enemies for the chance to be made whole again.

The snowy angel rolls painfully off the crushed car. Despite his injuries, he lands in a half crouch, ready for an attack. His athletic grace reminds me of a puma I once saw on TV.

We’re in an office building, one of countless structures housing tech startups in Silicon Valley. The one I picked is in a business park full of identical blocks. My hope is that if someone decides to raid an office building today, he’ll pick one of the others that look just like this one.
To encourage others to pick another building, mine has a dead body in the foyer. He was there when we got here, cold but not yet rotting.