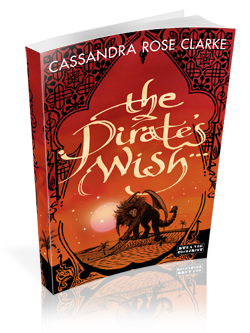 After setting out to break the curse that binds them together, the pirate Ananna and the assassin Naji find themselves stranded on an enchanted island in the north with nothing but a sword, their wits, and the secret to breaking the curse: complete three impossible tasks. With the help of their friend Marjani and a rather unusual ally, Ananna and Naji make their way south again, seeking what seems to be beyond their reach.

Unfortunately, Naji has enemies from the shadowy world known as the Mists, and Ananna must still face the repercussions of going up against the Pirate Confederation. Together, Naji and Ananna must break the curse, escape their enemies — and come to terms with their growing romantic attraction.

I really, really enjoyed The Assassin’s Curse and I’m kinda dying for more of Clarke’s brand of adventure and romance.  Plus… manticores?  Yes, please. 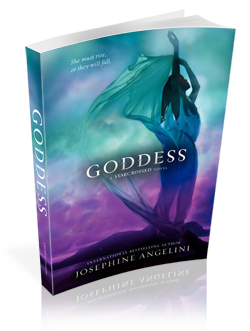 I am getting so, so excited for the conclusion of the Starcrossed Trilogy. I just have to know, Lucas or Orion? LUCAS or orion? Sigh. What will Helen do???????  <gives Helen the side eye>  Do the right thing, Helen, seriously. Josie, please don’t break my heart!! PLEASE! ;o) 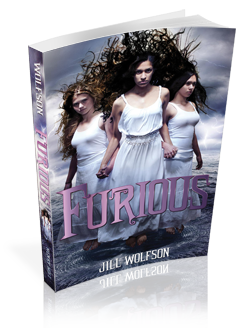 We were only three angry girls, to begin with. Alix, the hot-tempered surfer chick; Stephanie, the tree-hugging activist; and me, Meg, the quiet foster kid, the one who never quite fit in. We hardly knew each other, but each of us nurtured a burning anger: at the jerks in our class, at our disappointing parents, at the whole flawed, unjust world.

We were only three angry girls, simmering uselessly in our ocean-side California town, until one day a mysterious, beautiful classmate named Ambrosia taught us what else we could be: Powerful. Deadly. Furious.

This book definitely looks entertaining. You get the drama of high school plus the drama of the Greek Furies combined! I can’t tell from the description if there’s going to be any love-interest, but I think I’ll tune in to find out!