Hey y’all!  I’m organizing a cover reveal for THERE, the second book in Denise Grover Swanks’ fabulous On the Otherside YA series, and I’m looking for interested bloggers who want to participate!

The reveal will take place on November 28th, and  I will be sending all the necessary information several days before the reveal.  If you are interested in taking part, just fill out the form below!

What’s it about?  The blurb for There… 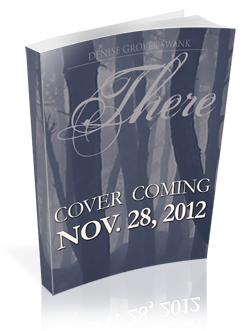 Julia Phillips’ world is an alternate universe away.

Trapped in a land where government leaders want her dead, Julia is forced to run for her life with Evan and Reece, the two boys who brought her here. They’re on their own in a hostile landscape ruled by scavengers and thieves.

But Evan is battling a deadly infection, and Julia finds herself racing against time as she tries to find the medicine that will save his life. She and Reece find an unlikely ally—Jo, a girl they free after finding her captured in a bandits’ hideout.

As the four  travel across the country, Julia has something else to worry about—her memories are slowly being replaced by the Julia of Evan and Reece’s world. Will they find a way to send Julia home before it’s too late?  Or will Julia’s body and mind be trapped THERE?

The first book in the series, HERE… 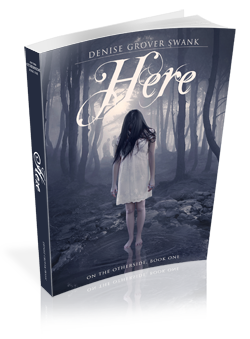 Sixteen year old Julia Phillips buries herself in guilt after killing her best friend Monica in a car accident. Julia awoke in the hospital with a broken leg, a new talent for drawing and false memories of the accident, in which she dies and Monica lives. The doctors attribute this to her head injury, but no one can explain how a bracelet engraved with her name ended up at the scene of the accident. A bracelet no one has ever seen before.

Classmate Evan Whittaker paid Julia no attention before the accident, let alone after. Now suddenly he’s volunteering to tutor her and offering to drive her home. She can’t ignore that his new obsession started after his two-day disappearance last week and that he wears a pendant she’s been drawing for months. When the police show up one night looking for Evan, he begs Julia to run with him, convincing her that Monica is still alive. Julia agrees to go, never guessing where he’s really from.

A little bit about Denise… 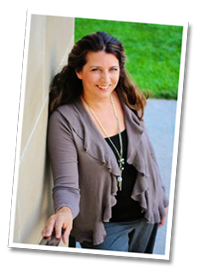 Denise is a single mom who lives in Lee’s Summit, Missouri raising five of her six kids. (The oldest has gone off to live on his own.) She loves to embarrass her children whether it be spontaneous dance parties in the kitchen or making her teens’ friends think she’s funny/cool. *gasp* (Even if its in her own mind.) On rare occasions, she is known to post stories about her crazy life on her family blog There’s Always Room for One More.She keeps her sanity by creating worlds to escape to and characters to hang out with.

for the cover reveal here!