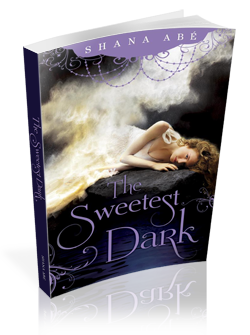 “With every fiber of my being, I yearned to be normal. To glide through my days at Iverson without incident. But I’d have to face the fact that my life was about to unfold in a very, very different way than I’d ever envisioned. Normal would become forever out of reach.”

Lora Jones has always known that she’s different. On the outside, she appears to be an ordinary sixteen-year-old girl. Yet Lora’s been keeping a heartful of secrets: She hears songs that no one else can hear, dreams vividly of smoke and flight, and lives with a mysterious voice inside her that insists she’s far more than what she seems.

England, 1915. Raised in an orphanage in a rough corner of London, Lora quickly learns to hide her unique abilities and avoid attention. Then, much to her surprise, she is selected as the new charity student at Iverson, an elite boarding school on England’s southern coast. Iverson’s eerie, gothic castle is like nothing Lora has ever seen. And the two boys she meets there will open her eyes and forever change her destiny.

Jesse is the school’s groundskeeper—a beautiful boy who recognizes Lora for who and what she truly is. Armand is a darkly handsome and arrogant aristocrat who harbors a few closely guarded secrets of his own. Both hold the answers to her past. One is the key to her future. And both will aim to win her heart. As danger descends upon Iverson, Lora must harness the powers she’s only just begun to understand, or else lose everything she dearly loves.

Zachary’s novella taking place at the same time as Shine from Zach’s POV.

For anyone who’s read the Shade Trilogy this novella has the potential to shed a lot of light on what was happening with Zachary in Shine during his as well as over the course of the rest of the novel. Given the events of Shine, I’d love to know what he was thinking and feeling emotionally. He is my favorite character from the series so I anxiously awaiting this next little snippet of his and Aura’s story.

When baby Ebony is snatched from the midwife, she is rent not only from her parents but also her betrothed. In her world, a special bond is formed with one other being – for eternity. But Ebony is no longer in her world; she has been hidden in ours. An angel on earth. Earth was the best place to conceal Ebony, to keep her from her kin who desperately seek her, and to keep Ebony from discovering for herself who she really is. But Ebony is coming of age, and then no one will be able to hide her true origins. She will be ‘visible’, and the one who stole her away will come back to claim her. But who will reach her first?

I’ve read some really well done angel/demon-type books (check out Pure Evil!) so I’m looking forward to reading a new take on the idea. At least I’m assuming this is something of that realm. Unless it’s actually about Forrest Gump (see cover).