Julia Cape: A dedicated classical piano student just trying to get through her last semester of high school while waiting to hear from music conservatories.

Reed MacAllister: A slacker more likely to be found by the stoners’ tree than in class.

Julia and Reed might have graduated high school without ever speaking to each other…until, during a class discussion of Romeo and Juliet, Julia scoffs at the play’s theme of love at first sight, and Reed responds by arguing that feelings don’t always have to make sense. Julia tries to shake off Reed’s comment and forget about this boy who hangs with the stoner crowd—and who happens to have breathtaking blue eyes—but fate seems to bring the two together again and again. After they share an impulsive, passionate kiss, neither one can deny the chemistry between them. Yet as Julia gets closer to Reed, she also finds herself drawn into his dark world of drugs and violence. Then a horrific tragedy forces Julia’s and Reed’s families even farther apart…and Julia must decide whether she’s willing to give up everything for love.

Defy the Stars is written in an edgy free-verse style that will appeal to fans of Ellen Hopkins and Lisa Schroeder; however, the writing is accessible enough to speak to non-verse fans as well. The novel’s combination of steamy romance and raw emotion will appeal to fans of Gayle Forman, Simone Elkeles, Jennifer Echols, and Tammara Webber. With a story, language and form that both pay homage to and subvert Shakespeare’s play, Defy the Stars is much more than just another Romeo and Juliet story. (Goodreads summary)

Perhaps the answer isn’t as black and white as the question suggests. Life so rarely is.  Why should the love story of Juliet Capulet and Romeo Montague be any different?

So perhaps then, it is both. A love that burns so intensely, so brightly, so recklessly, yet so truly and with such wild abandon that it can’t help but come to abrupt and tragic ends. A love that becomes so much like an addiction, a dependence so absolute, a need so all-consuming that one can’t imagine taking another breath without being with the one they love. It’s a dangerous and intoxicating. It’s at once terrifying and exhilarating, both beautiful and ugly.

I’ve always dismissed the story of Romeo & Juliet as the story of two silly lovers consumed by lust, unhealthily obsessed with each other. And while that is still possibly true, Stephanie Parent’s modernized retelling made me reconsider the complications between the lovers, giving the romance new relevancy and causing me to view the story with a new depth and perspective as she explores the nature of addiction – both emotional and physical. As with Shakespeare’s star-crossed pair, there are still plenty of head-shakingly bad decisions made, secrets kept, lies told – choices that lead down a definitive path. Choices that had they been made differently, or had the truth come to light might have altered the outcome. But that, I guess, is what makes Romeo & Juliet such a tragedy – that it could have been so easily avoided in the first place?

I mean couldn’t it have? Could it have played out any differently?

Like I said, I’ve never been a big fan of Romeo & Juliet, but Stephanie’s Reed McAllister and Julie Cape crawled under my skin and stayed there. Both high school seniors months away from graduation, Reed & Julia have attended the same school for years never really taking notice of one another. And then one fateful day she bumps into Reed in the quad, really seeing him for the first time, and later that same day disagreeing with him over the nature of Romeo & Juliet’s love for each other in their English class. Reed becomes something Julia can’t quite shake, and fate seems determined to keep throwing them together.  But how can this… thing… between them — between two people from such radically different worlds — possibly last or survive? Could love be the great equalizer?

Julia. Somewhat awkward with people, Julia has always found solace and consistency in her love of music, specifically the piano. As she says several times throughout the book: people come and go, but the piano will always be there. She’s disciplined, focused, driven.  Julia nailed her college auditions and is currently awaiting the letter that will decide her future as a pianist – the long-awaited and much-coveted acceptance packet from Peabody. And yet, for all her accomplishments, she feels like there’s a void in her life. From a more well-to-do family, Julia peers through the cracks of insincerity, the “keeping-up-of-appearances,” that marks her life, and she feels unsatisfied. Reed and his somewhat questionable lifestyle provide her with a means of escape, of reevaluating herself and her priorities, and the possibility of finding something real to call her own.

Reed. Forbidden. New. Exciting. He gets Julia on a level that no one else seems to, and he sets her world on fire like no one ever has. But Reed has secrets, obligations and a habit that looms over their new-found happiness, threatening everything that matters to both of them. Reed himself is a bit of a tragic figure, when considering his past and his present. He’s both tough and yet not at all – with a aching vulnerability and a heartbreaking uncertainty that lies just beneath the surface. He’s a young man molded by unfortunate circumstance, less than ideal family connections, and addiction. Until Julia his life was pretty bleak, but together, they become the guiding star of each other’s universes… for better or for worse.

Defy the Stars is written in verse. Honestly I’m a bit of a rube when it comes to anything regarding poetry. I wasn’t sure if there was a mental cadence I was supposed to be reading to. Wasn’t sure if there was some kind of syllabic rhyme or reason to the structuring of the story, or if the formatting was just supposed to emphasize certain thoughts and feelings above others. I’m going with the latter? Final answer? Anyway, eventually I gave up trying to figure out the “in verse” thing and just read the story. And it is gorgeously written… so lyrical with beautifully poignant descriptions that touch the soul, while being completely raw, brutally honest and oh-so-real. This book doesn’t pull punches. It was a bit hard to get through at times, an emotional kick to the gut so to speak, but so worth the read.

Overall. Stephanie Parent’s Defy the Stars is a beautifully relevant, starkly honest and surprisingly addictive modernization of the greatest love story ever told.

** Recommended for an older YA audience due to mature content

And because this reminds me of Reed & Julia… based on Beethoven’s Moonlight Sonata. 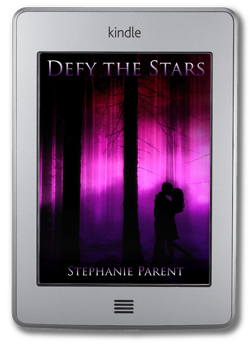 A little bit about Stephanie… 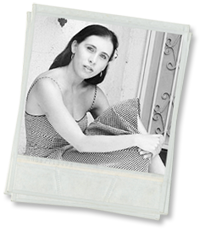 Stephanie Parent is a YA author repped by Brenda Bowen of Sanford J. Greenburger Associates. She is a graduate of the Master of Professional Writing program at USC and attended the Baltimore School for the Arts as a piano major.

For a chance to win a query letter critique by Stephanie Parent, CLICK HERE.