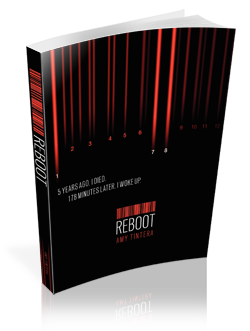 Five years ago, Wren Connolly was shot three times in the chest. After 178 minutes she came back as a Reboot: stronger, faster, able to heal, and less emotional. The longer Reboots are dead, the less human they are when they return. Wren 178 is the deadliest Reboot in the Republic of Texas. Now seventeen years old, she serves as a soldier for HARC (Human Advancement and Repopulation Corporation).

Wren’s favorite part of the job is training new Reboots, but her latest newbie is the worst she’s ever seen. As a 22, Callum Reyes is practically human. His reflexes are too slow, he’s always asking questions, and his ever-present smile is freaking her out. Yet there’s something about him she can’t ignore. When Callum refuses to follow an order, Wren is given one last chance to get him in line—or she’ll have to eliminate him. Wren has never disobeyed before and knows if she does, she’ll be eliminated, too. But she has also never felt as alive as she does around Callum. 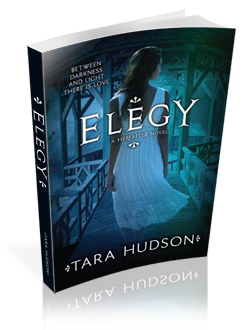 A stalker ghost, misguided Seers, and spellbinding wraiths—Amelia Ashley has faced them all. Now her greatest hope is to spend the rest of her afterlife with her living boyfriend, Joshua. But the demonic forces return to give her an ultimatum: turn herself over to the darkness or watch them murder one living person per week until she does.

Amelia fears she might really be doomed, until the forces of light give her another option. She can join them in their quest to gather souls, with a catch: Once she joins them, she can never see Joshua again.

Faced with impossible choices, Amelia decides to take her afterlife into her own hands—and fight back.

After the end of Arise, I just don’t know what to expect from Elegy, but I’m intrigued and I can’t wait to find out what’s next for Amelia and Joshua! 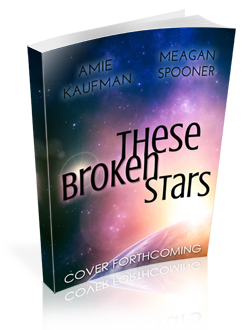 Lilac LaRoux and Tarver Merendsen never should have met. She’s the socialite daughter of the richest man in the galaxy, and he’s a decorated soldier fighting back rebellions on newly terraformed planets. But when the vast luxury spaceliner they’re both traveling on crashes, they find themselves thrown together as the two sole survivors on an alien planet.

As they survive harsh conditions and dwindling supplies—not to mention each other—the two begin to uncover a mystery surrounding the abandoned planet that neither of them could have guessed.

The first in a trilogy, THESE BROKEN STARS sets into motion a series of timeless, standalone love stories that span galaxies—and are linked by their shared worlds and one mysterious enemy.

Normally, I’m not drawn to futuristic or sci-fi type books, but this one seems just a hair different than the norm. Opposites attract in a totally desolate location… sounds romantic. I really like the concept that this trilogy will be three standalone novels. It’s always nice when you can read a book and not have a panic attack at the end when you realize the next book isn’t coming out for 17 years.