There are worse things than death, worse people too

The “talk” was bad enough, but how many teens get told that they’re a goddess? When her mom tells her, Persephone is sure her mother has lost her mind. It isn’t until Boreas, the god of winter, tries to abduct her that she realizes her mother was telling the truth. Hades rescues her, and in order to safely bring Persephone to the Underworld he marks her as his bride. But Boreas will stop at nothing to get Persephone. Despite her growing feelings for Hades, Persephone wants to return to the living realm. Persephone must find a way to defeat Boreas and reclaim her life.

“There’s something you need to know, little goddess,” he whispered, turning his face so his breath tickled my ear. It felt really good. He smiled, and my heart froze. It wasn’t a nice smile. “I am much stronger than you. You cannot use your little tricks on me.”

I gulped back tears. “How could you do this? How could she?”

“Do you want me to undo it?” he asked harshly. “Snap my fingers and put this scumbag back in your path?” He walked across the room with an angry stride. “Let him hurt you? Try to drag you away from me? I could do it, if you wanted. Just say the word.” 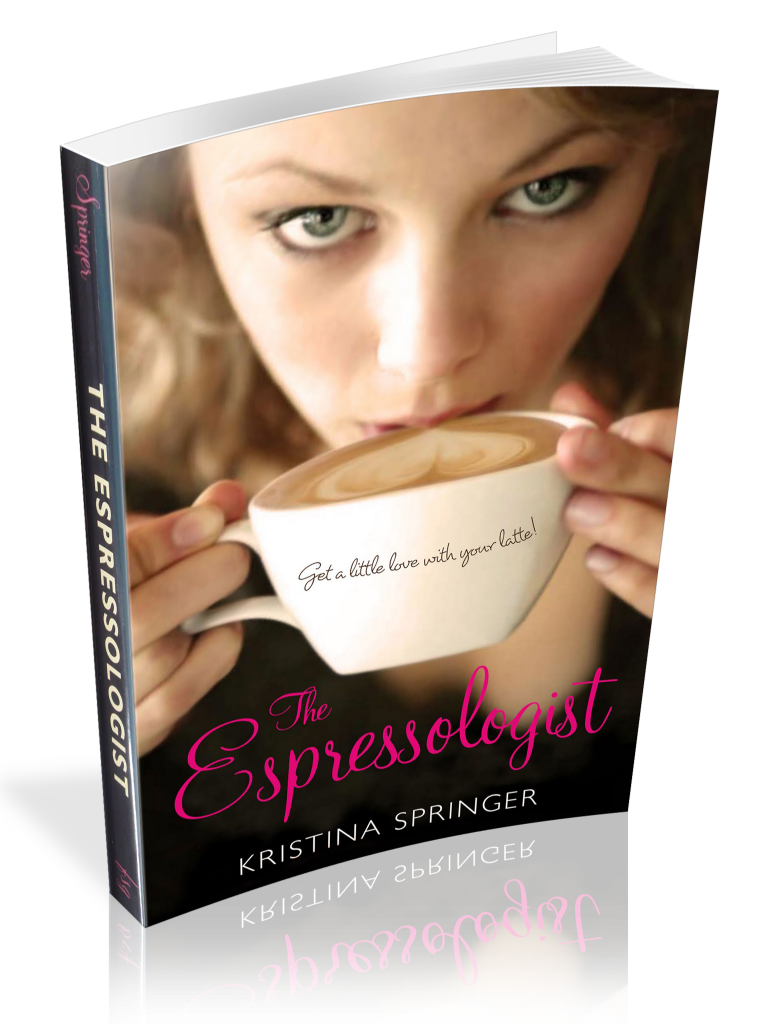 What’s your drink of choice? Is it a small pumpkin spice latte? Then you’re lots of fun and a bit sassy. Or a medium americano? You prefer simplicity in life. Or perhaps it’s a small decaf soy sugar-free hazelnut caffe latte? Some might call you a yuppie. Seventeen-year-old barista Jane Turner has this theory that you can tell a lot about a person by their regular coffee drink. She scribbles it all down in a notebook and calls it Espressology. So it’s not a totally crazy idea when Jane starts hooking up some of her friends based on their coffee orders. Like her best friend, Em, a medium hot chocolate, and Cam, a toffee nut latte. But when her boss, Derek, gets wind of Jane’s Espressology, he makes it an in-store holiday promotion, promising customers their perfect matches for the price of their favorite coffee. Things are going better than Derek could ever have hoped, so why is Jane so freaked out? Does it have anything to do with Em dating Cam? She’s the one who set them up! She should be happy for them, right?

With overtones of Jane Austen’s Emma and brimming with humor and heart, this sweet, frothy debut will be savored by readers.

Lots of fun and a bit sassy.  Up to date with all the latest trends and has a bit of an exotic flair.  Wants to have a good time and not be tied down for long.  Cute and playful.  Likes a good thing but not too much of a good thing.  Not the commitment type.  She’s the kind of friend who is a lot of fun to hang out with and doesn’t make you feel like you owe her anything…”

~pg. 40, The Espressologist by Kristina Springer

“Honey,” Mom interrupts my thoughts and pushes my legs over so that she can sit on the couch.  “You can’t live on the couch watching silly talk shows the rest of your life.”

“It’s not silly, it’s educational, and yes I can,” I say without taking my eyes off the television screen.”

~pg. 171, The Espressologist by Kristina Springer 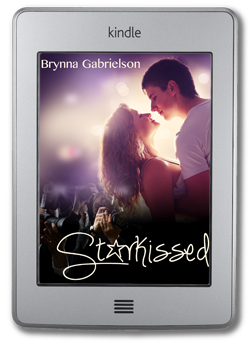 Kissing movie star Grant West may be every teenage girl’s dream, but when it happens to Sydney Kane, it’s nothing but a nightmare. Sure he’s cute, but having her face plastered all over celebrity gossip blogs is not something she’s interested in. Now cheerleaders are trying to befriend her, reporters won’t stop calling, and her mother keeps chasing her with a curling iron so she won’t be caught by the paparazzi with flat hair ever again.

Forgetting Grant is all Sydney wants and Colin, the guy she’s had a crush on since seventh grade, seems like a pretty good way to do it. Then Grant shows up at Sydney’s door begging for a second chance and the more she gets to know him, the more she isn’t sure she wants him to go away. But with Grant in the picture, Colin is backing off and she definitely doesn’t want that. Everything is a mess and Sydney doesn’t know what to do, who to choose, or how to make those pesky cheerleaders leave her alone. She only knows one thing for sure, being STARKISSED isn’t a dream come true at all.

“Okay, no Alyssa, but there’s a weird guy with twitchy eyebrows and wiry limbs staring at me. And he’s holding a sign. I squint. It’s a limp piece of torn cardboard and scribbled on it, in thick black marker, is my name. I tentatively step forward.

“Are you looking for me?” I ask him. He looks up, his watery brown eyes flashing suspiciously.

He sighs, and I can’t tell whether it’s a relieved sigh, or an ‘I hate my life’ sigh.“